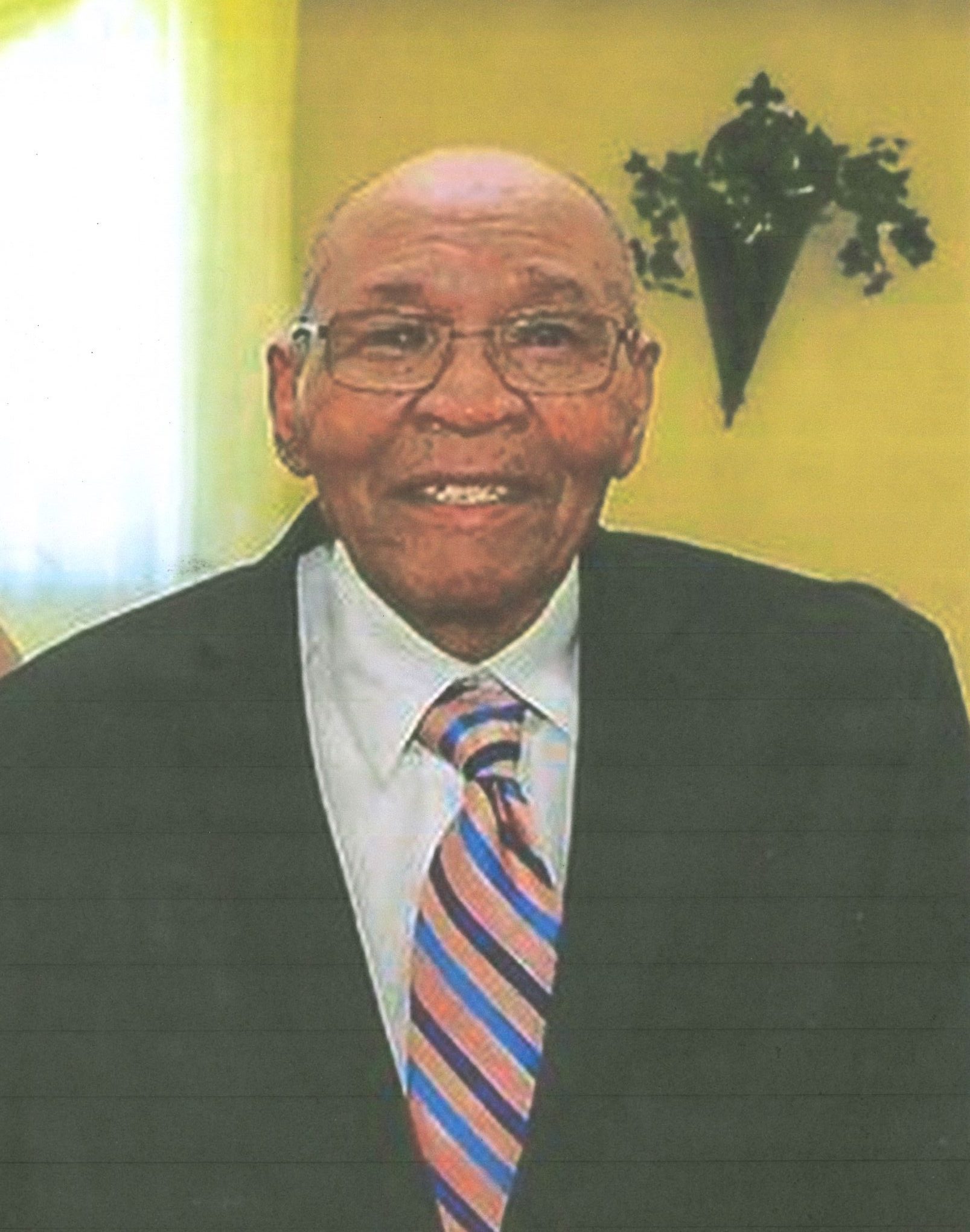 Willie James Brown Sr. passed away on May 10, 2020. He was born to the late James and Rena Brown from Latta City,
South Carolina. Willie Brown Sr. was predeceased by his wife LETHIA MAE BROWN and four children, Evelyn Rooks, Willie Brown, Jr., Rachel Tynes, and Vivian Newkirk. Three brothers Irving Brown, James Brown and Freddy Brown. Willie Brown moved to Norfolk, Virginia at eighteen and married the Love of his life the Late Lethia Mae Brown; from the union was born Twelve Children. Deacon Brown was a devoted Husband and Father, Brother, and church member.

Deacon Brown retired from Little Creek Amphibious Base in Norfolk, Virginia after over thirty years of devoted service. He worked two to three jobs to support his family. He worked in the Transportation Department, driving the trucks and buses in Norfolk and out of town. He also was employed as a Warehouseman and as Supply Clerk. He received many certifications and awards for his great and outstanding service. One of his employment was working on Ferryboat from Norfolk to Portsmouth. As a part-time job he worked in the janitorial services.

Willie joined the Garden of Prayer on 710 Park Ave in the late sixties. As an active member he served under the leadership of the Late Bishop Levi E. Willis, Sr. Pastors. Deacon Brown drove the church buses, he became a Deacon
and joined the Usher Board and the Choirs. He enjoyed ushering and greeting all of God’s people. When it was his
Sunday to usher or sing in the choir, he would make sure his uniform was ready the night before. He loved the Lord
and served faithfully until his health started to decline.

Deacon Brown had a great smile and big heart. He loved his wife and twelve children with all his heart. He always supported his wife and children in whatever they needed or desired out of Life. Daddy always had good advice and
worked hard to take care of his Family and watch God bring blessings in their lives. Daddy loved the Lord. When we had Holiday dinners, daddy would always pray before we ate. He started praying and crying and just thanking God for his family. You could feel the Love throughout the entire house. That was just the kind of man he was. You could feel the love when he was around. He was a great man and father. We “Love You Daddy” from the Family. We accept the will of God in the passing of our beloved father.