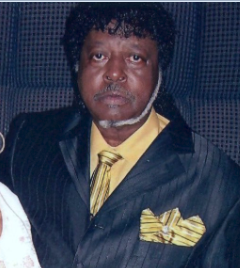 Willie Donester Rodgers departed this life unexpectedly at his home on June 1, 2019. He was born on September 25, 1938 in North Carolina to the late Johnny & Bertha Rodgers. “Sonnyboy,” as he is affectionately known, worked tirelessly as a blue collar worker at Sealtest Diary and Meyers & Tabakin, and as an independent long distance tractor trailer  truck driver for several companies, including Marine Stevedore, Hemmingway, and BTT at which time he became self-employed. He left the workforce in July 2015. Willie had a great love and passion for music and he formed a band early in life with his brother Frank Rodgers and other relatives and friends called “Willie Rodgers and the Diamonds”; they travel throughout the local area,  including North Carolina. He loved motorcycle riding and joined the Blackhawk Motorcycle Club. More than anything, Willie loved his family and he proved it. If you want to know what a family man looks like, you hosted the annual Rodgers Family Reunion and Christmas Party for decades at his own expense.