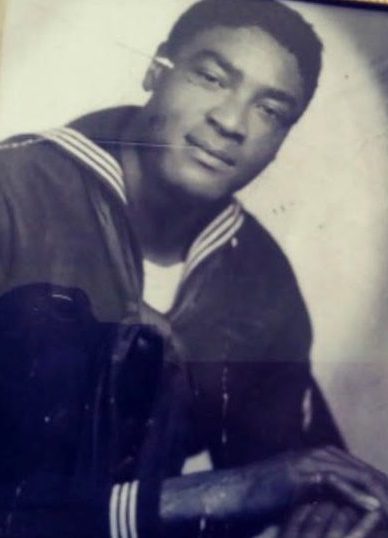 William Hooker “Bill”, the oldest of 13 siblings, was born July 4, 1925 in Maxton, North Carolina to Jack Malloy and Almener Patterson, but raised by his grandmother Ms. Lily Mae Hooker. On Wednesday, January 13, 2021, surrounded by his loving family, he departed for his divine home from Sentara Leigh Hospital in Norfolk VA.

He later went into the United States Navy and served in WWII. When he returned, he married the love of his life Daisy Mae Patterson and they proceeded to move to Norfolk, Virginia. He was gainfully employed at Norfolk and Western Railway, but later became a truck driver for EV Williams Trucking, where he later retired from. He was well known around the city of Norfolk and always willing to help someone out, whether it was helping someone move from house to house, hauling items for a friend or even working on their vehicle for them. He also did electrician work on the side. He could fix just about anything you gave him. William just loved to play practical jokes on everyone even his grandchildren, which was the funniest thing in life to him.

He leaves to cherish his memory with his four children Yvonne (James), Steve (Delrisa), Cheryle and Lillie (Barry).

Maurice, Kenneth “Love-Joy”, Chaun (Bianca), LaTashia (Aron), Joe “Buddy”, Danae (Tristan), Jackie (Alphonso), Jasmine and Steve Jr. Nine great grandchildren, a brother Joe Patterson and a brother-in-law that was like a brother to him, Theodore McKenzie. A host of nieces, nephews and other family members who loved him dearly.

HE LOVED ALL OF US AND HE LOVED GOD. We all loved him, but God loved him more.

Rest well daddy until we see you again! Watch over us!