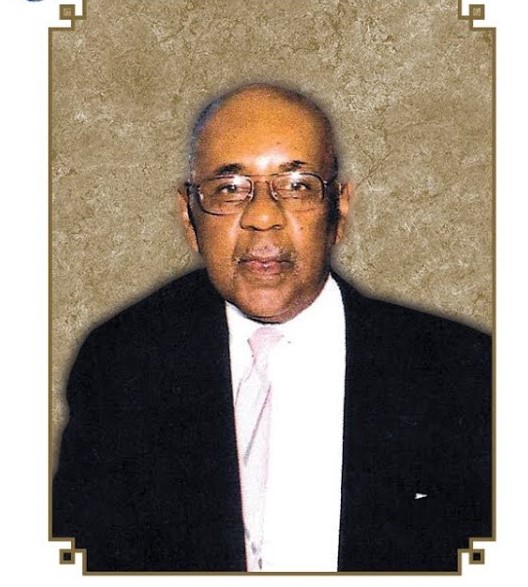 William E. Brown (Bill) entered this world on September 19, 1926 in New Haven, Connecticut and passed away peacefully on June 6, 2020.  Bill was the last of 7 children born to the late Joseph and Miriam Brown both of Nevis British West Indies.

Bill graduated from Hillhouse High School.  Following graduation, he was the last of 4 brothers to serve in the United States Army. He was a veteran of WWII. Upon returning home he attended Kerpell School of Dentistry in New York.  He was an instructor at United Nuclear Submarine Manufacturing Company and also worked for Winchester Repeating Arms.  Upon graduation from the CT Police Academy he became a Special State Policeman for Southern Connecticut State University.  After retiring, he relocated with his wife to Norfolk, VA.  In Norfolk, he worked for the Board of Education for a few years and attended Grace Episcopal Church for many years.

Bill attended St. Luke’s Episcopal Church in New Haven, CT for almost seventy years.  He was christened and confirmed there.  He sang in the boys’ choir was an acolyte and played for the St. Luke’s bowling and basketball teams.  As an adult, he sang in the choir for over 30 years.  He also was president of the Men’s Clubs and served on the vestry for six years.  He was the founder of the First Friends and Family Day as a member of the St. Luke’s St. Thomas Guild.  This tradition continues today now hosted by the Network Guild of which his daughter is a member. Bill was a member of the West Indian Antillean Association and the Sphinx Men Club.  He received numerous awards from the church for his service.

Bill enjoyed music, playing the piano and the trumpet.  He also enjoyed reciting Shakespeare.  He taught his son and daughter, all the trades of maintaining their homes.  They could fix and repair almost anything.  He enjoyed traveling and traveled back to his homeland of Nevis as well as other Caribbean Islands and the Panama Canal.

In later years, he enjoyed playing bridge with the New Deal Bridge Club.  He loved his grandchildren, Courtney and her husband, Bhrandon who recently welcomed twin girls to the family.  His grandsons, Joe and Jonathan spent many wonderful years with their granddad as they lived in Virginia as well early in their lives.

Bill enjoyed his family and was the life of any gathering.  He leaves to carry on his legacy of  joyous life and love, his beloved wife of 65 years, Gloria; son, Joseph Brown of Miami, Florida;  daughter, Michelle Brown of  New Haven, Connecticut; granddaughter, Courtney Beasley of Phoenix, Arizona; 2 grandsons , Jonathan and Joey Brown of  Florida;  twin great granddaughters, Isla and Amra Beasley. He also leaves a host of loving nieces, nephews, cousins and friends. Bill was predeceased by his brothers, Winston, Irving, and Edmond Brown and his sisters, Helen McCoy, Marjorie Tyson and Estelle Tillman.

Bill lived a full and joyful life and may he now Rest in Peace!