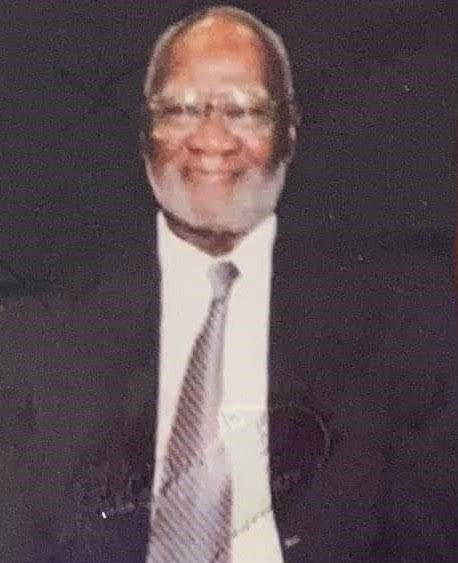 Praise be to God for all the great things he has done.

Wilbert “Buster” Whitaker was born August 19, 1923, to Thomas & Mary Whitaker in Norfolk Virginia. Buster was educated in Norfolk Public Schools, following which he enlisted in the United States Army, January 1942, where he served with distinction. during his time in the military, he was able to travel and see many parts of the world.  When asked what his favorite place was, he always said San Francisco.  He talked about the sights of the city from the Golden Gate Bridge. He was Honorably Discharged in January 1946.  Buster returned to Norfolk where he met and fell in love with his wife of 60 years, Norma Whitaker.  He worked for Sanitary Linen Service for 32 years before retiring in 1995.  Buster enjoyed listening to music, especially jazz, reading, and playing Solitaire. Buster is predeceased by his parents, Thomas and Mary Whitaker, his siblings Alice Whitaker-Ferbee, Calvin “Kacky” Whitaker, Dorothy Whitaker-Feggins, William Thomas Whitaker, and Mary Whitaker- Edgar: he is survived by his wife, Norma W. Whitaker and their six children: Betty Davis, Eleanor White (Charles), Furma Williams, Chrystal Whitaker, Calvin Whitaker (Jennifer), Kathy Nious (Albert) and his brother Johnnie Whitaker. Fifteen grandchildren, twenty great grandchildren & four great great grandchildren & a host of nephews, nieces, cousins, and friends.