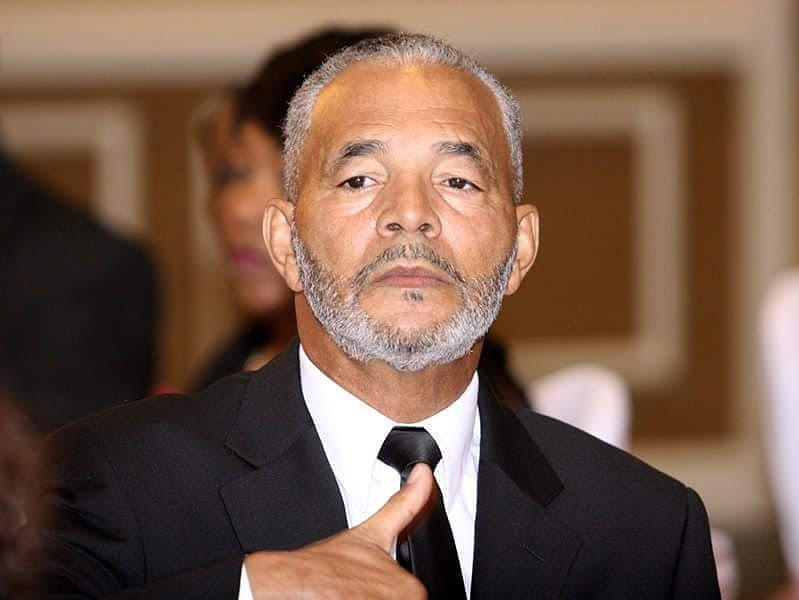 Warren Leon Thomas was born to Cora Lee and Edgar Thomas on August 25,1949 in Portsmouth, Virginia.  At a young age, Leon became a member of Celestial Baptist Church.

As the 5th child of the Thomas clan which was known throughout the community for their sense of humor, Leon was also known to drag his younger brothers and sisters along with him to expose them to life outside of Portsmouth.  A tradition that he continued with his nieces and nephews from skiing to road trips around the country.

Leon was a product of Portsmouth Public Schools, graduating as a proud Greyhound in the I. C. Norcom class of 1969.  While at Norcom, Leon made a name for himself as a star on the football team, earning the nickname that stuck with him throughout his football career, “War Pony”.  Leon’s talents on the football field took him to Elizabeth City State University in North Carolina, where he majored in Education.  While at Elizabeth City, Leon became a member of the Epsilon Alpha Chapter of Kappa Alpha Psi, Fraternity, Inc. After graduating, Leon returned to Portsmouth and took a position as a teacher and coach at Churchland High School. After several years in education, Leon’s love for children and belief in the importance of recreation and activity led him to spend several years with the City of Portsmouth in the Parks and Recreation department.

Regardless of what job he held, Leon was known as a mentor and father figure for any and every child he came into contact with. The last thing you wanted to hear if you were misbehaving is I’m going to tell Mr. or Uncle Leon. His brand of discipline included showing up in your class unannounced, or making you do work outside in the garden or on a car while having LONG discussions on your behavior and how to improve it.

In 1987 Leon reunited with a former love, Beverly Goodall, and the rest is history. Their story was one of love, laughter, and service.  From being on the Executive Board of Harborfest in the 80s, to spending countless hours working within the church.  For all of their differences, the key unifier was their love of God, family, music, and belief that to whom much is given, much is required.

In 2003 Leon and Beverly joined Grove Baptist Church, under Pastor Melvin O. Marriner.  As soon as they finished membership classes, they got to work within the ministry.  After his wife Beverly’s diagnosis with breast cancer in 2010, Leon became not only a caregiver, but an avid advocate for cancer patients and their families. Leon visited the Virginia General Assembly and other elected officials on multiple occasions to urge them to enact policies that help cancer patients throughout Virginia.  He was also called upon to speak at several workshops and conferences on the importance of palliative care and holistic healing.  In 2019, he received the Nathalene Faggart Spirit Award from Pink Perseverance Inc. for his advocacy and support of others even after the passing of his wife. In addition to his work with the church, his caretaking and advocacy work, Leon was inducted into the I. C. Norcom Athletic Hall of Fame in 2011 and became an active member of the Board.  His lifelong love of nature led him to become a member and officer of the Green Pine Garden Club of Portsmouth, where competed and placed in Place Setting competitions.

On Tuesday, January 12th, Leon heard the Lord say to him, well done thy good and faithful servant. When he walked towards the light of the Lord, he walked into the loving arms of his mother and father, wife, step mother Ethel Thomas, sister Hazel Vann, and brother Rudolph Thomas.  As the sun rose with the dawn of a new day, left to cherish his memory and rejoice in his peace are; his daughter Nichole Hayes (Justin), son Duane Copeland (Larissa), siblings Willie Thomas (Leah), Edgar Thomas Jr., Wayne Thomas (Gladys), Judy Moffett (Nehemiah), Betty Thomas (Vernon), Bryant Thomas (Alberta), Arnold Thomas (Edna); stepsisters Mabel Mason, Deborah Turner (Richard), and Janice Vaughn. He also has six grandchildren, and countless nieces and nephews, cousins, and friends to carry on his legacy of love and laughter. They all have a new angel in heaven looking down upon them.