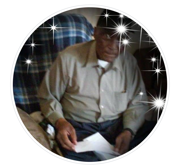 Walter H. Burden, Sr. passed away on January 23, 2021. Walter was born on April 28, 1930 in Raleigh, NC to Henry & Esther Burden. He served in the US Army for 22 years as a Staff Sergeant and worked for 10 years for the Portsmouth School system. On March 25, 1948, he married Doris Douglass. They raised five daughters and two sons, Brenda Ann Swinton (Kenneth), Barbara Anne Ervin, Anna Batten (Dennis), Renae Hinton (David), Bonnie James (Alton), Douglas Burden (Lashanda) and Walter H. Burden Jr who has passed on. Walter had a passion for the Lord and helping others and a member of the Mason-Chapter Lodge in Portsmouth Va. Walter H. Burden was preceded in death by his wife Doris D. Burden and son Walter H. Burden Jr. Son he is survived by his five daughters & one son and a host of grandchildren, great grandchildren, nieces and nephews.