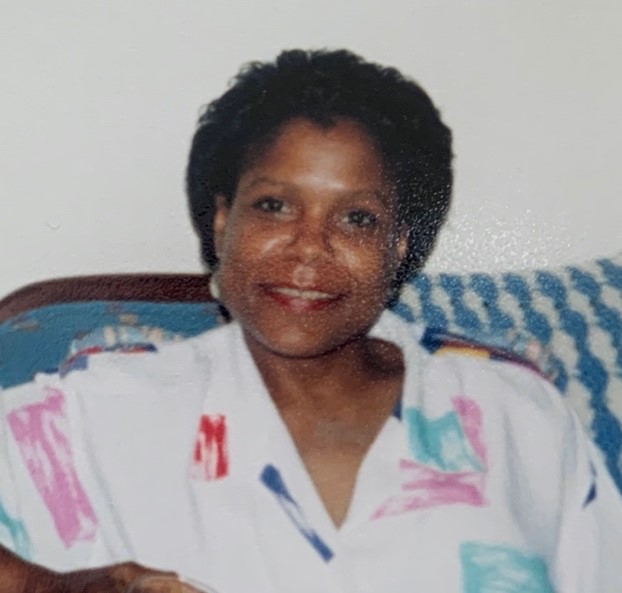 Vanessa Ann Britt, affectionally known to her family as “Baba” peacefully departed this earthly life into eternal rest after a lengthy fight with Kidney Failure on Wednesday, July 23, 2020, in Portsmouth, VA.  Vanessa was born to Hattie M. “Britt” Taylor and the late William E. Britt on January 4, 1961 in Norfolk, VA.  Vanessa believed and accepted Jesus Christ as her Personal Savior at an early age while attending Central Baptist Church in Washington, DC.

She was predeceased by her grandparents, Robert Kelsey and Pauline “Mason” Britt, Marvin Jackson, Sr., her uncle, Robert L. Britt, and her devoted partner Larry Thorne.

Vanessa grew up in Washington, DC and graduated from Eleanor Roosevelt Senior High School’s Class of 1980/81. She was employed at the U.S. Department of State, in Washington, DC where she worked as a passport clerk. Vanessa also lived in Cambridge, Massachusetts for a short while to be close to her sister, Alfreida.

Once Alfreida moved from Boston in 1988, Vanessa returned to the Maryland area and lived briefly with her mother. Later, she moved back to Tidewater and lived with her grandmother, Pearlene Wilson – the two became inseparable, they enjoyed each other especially the cooking part. She moved to Portsmouth and was employed at the Portsmouth Police Department as a 911 operator.  Cooking was one of Vanessa’s favorite hobbies. She could bake homemade biscuits from scratch and emulated her mother’s old-fashioned banana pudding. She loved to crochet, watch cooking shows, talk about old times and listen to 60s, 70s classic music as well as traditional gospel. The Mighty Clouds of Joy was her favorite music group.  Vanessa often reminded us of her grandma Pauline, they were so much alike in so many ways.

Vanessa enjoyed spending time with her nephew, Lonnell, and niece, Janel. Trips to the amusement parks and beaches were the highlight of their summers. They were the loves of her life.

Vanessa’s courageous fight began in 2009. Her faith grew tremendously during these times where she relied on God for her strength until she was called back home. Her mother Hattie was the wind beneath her wings, especially during these times.  Vanessa had a strong support system that included her local uncles, aunts and cousins as well as her special friends.

Vanessa worshipped with her mother and stepfather at First Baptist Church of South Hill, in Chesapeake, VA. as well as various outreach ministries. During the past two years, she engaged in virtual services and teachings at WellSpring of Life Ministries, under the leadership of Pastor Alfreida Edelen, located in Upper Marlboro, MD where she received spiritual nourishment and guidance.