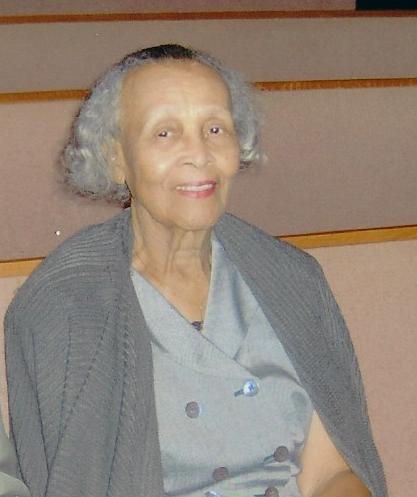 On Monday, January 18, 2021, Tiny Higgs transitioned peacefully to her heavenly home. She was born on April 21, 1924 in Williamsburg (York County), Virginia to the late Elmore and Susie Willis Schofield.

She married Charles H. Jackson on August 11, 1943. To this union, three children; Tiny, Charles, and Ronald were born.

Tiny worked for twenty–two years at the Williamsburg Inn Dining Room. She had a strong work ethic. Anyone who worked with her or for her knows that any work that was done, whatever it was, had to be done the right way or not at all.

Voting in elections was always important to her. She encouraged others to do their civic duty by voting. For many years, she worked as a poll worker.

On March 11, 1976, Tiny married the love of her life, Alphonzo Higgs. Through this marriage, she gained another son, Ernest.

Tiny was loving, caring and always willing to give a helping hand. She was also the heart of her family. She was forever planning meals and family gatherings and seemed to never tire of making family and friends feel welcome and comfortable. Everyone loved these events.

In Portsmouth and the surrounding area, Tiny was known for her delectable lemon cake. Those who were favored with the cakes, continued to ask for them even after she “retired” from baking them.

In July 2019, Tiny moved to Jacksonville, Florida to live with her daughter and son in–law. Soon after, she joined the Mandarin Senior Center where she met her “sunshine” friends. She thoroughly enjoyed and shared many experiences (conversing, playing Bingo, shopping, going to symphonies, going out to lunch, and going to the circus) with them.

She had been involved in a number of organizations. Among them were charter member of Order of the Eastern Star, Pride of Grove, Chapter 181; member of Arabia Court #23, Daughters of Isis; Electa Royal Court #2, Cyrenes of Virginia, and John Barnes Assembly #9, Order of Golden Circle. Tiny was also a member of the Arabia Court #23 bowling team.