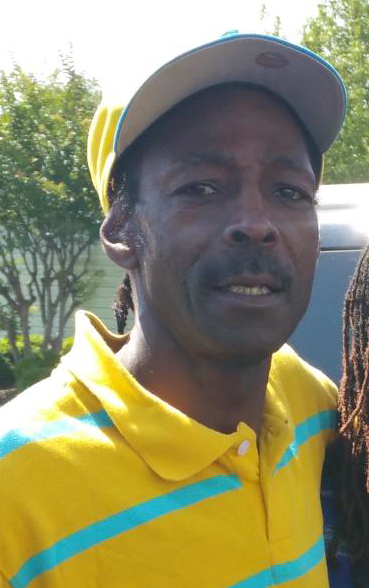 On Wednesday, September 5, 2019. God in His divine wisdom and eminent power called our husband, father, grandfather, brother, uncle and friend into His eternal resting place. He was born September 14, 1959 to the late Leo Sykes, Sr. and Fannie Turney Sykes in Decatur, Alabama. At an early age, Timothy accepted Christ into his life at Jones Chapel United Methodist
Church. There he was a faithful and dedicated member. Timothy aka “Short Sleeve Steve” attended and later graduated from Austin High School in served for ten years in the Navy. During his time in the service he married his wife, Bernice Sykes. Then upon the Navy he went on to work for Chevy Construction for several years in Alabama. Later he joined his family in Virginia and shortly thereafter he worked for NYK Enterprises. Hethen went to work for Gary Hudson at Creative Builders for eleven years until his health failed. He was a Big Fan of Altanta Faulcons and Crimson Tides. Timothy was predeceased by his parents.