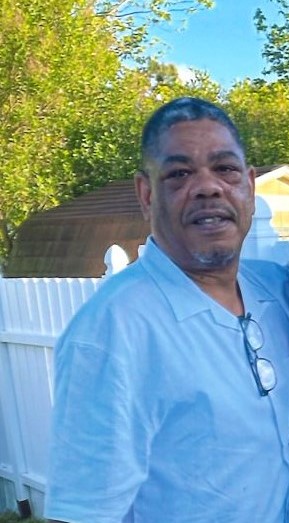 Many hearts have been filled with grief upon the passing of our beloved, Mr. Timothy Anderson.  On September 14, 2022, God in his infinite wisdom and divine love, called from our midst in his faithful son, Timothy Anderson to eternal rest. Timothy Anderson was born on January 20, 1961 to the late Emmadell and John Talmadge Anderson. Timothy was raised in Waterloo, South Carolina and attended Lawrence High School and graduated in 1979.  He was predeceased in death by his mother and father, Emmadell and John Talmadge Anderson; his brothers. Johnnie Calvin Anderson, Standley Anderson, Robert Anderson, Michael Anderson, Bradford Anderson and sister, Brenda Anderson,

Timothy accepted Jesus Christ as his personal savior, at an early age and was a member of Laurel Hill Baptist Church

Timothy enlisted in the military in 1979 and retired from The United States Navy in 2009. After Retirement, Tim then worked at Norfolk Naval Shipyard for the company Alutiiq as a US Postal Clerk for 10 years. He then moved on to the Alcoholic Beverage Control Commission for an additional 18 years, and finished his career as an employee for the Naval Exchange on the Portsmouth Naval Base. During his time in the military and working for the Alcoholic Beverage Control Commission, Tim developed many enduring lifetime friendships that he was forever grateful for. Tim was a people person, was very loving and genuine. He loved talking about sports, having friendly conversations, and giving words of encouragement and advice when needed. He was kind hearted, outspoken, direct, straightforward, honest and a loving friend, father, father-in-law, brother- in- law and grandfather. There isn’t anything he wouldn’t do for those he loved.

Timothy was very well known by many for his strong love for his family.  He was married to his devoted wife and the love of his life Elva Anderson, of Portsmouth, Virginia for 37 years. The two shared two children and grandchildren. Affectionately known as Pa Pa, he was very proud to be a grandfather. Timothy made it a priority to spend as much time with them as possible.  He loved them deeply and his legacy of love will live on through them.  Timothy was a devoted, loving and supportive husband, brother, father, father- in -law and grandfather. These characteristics are his greatest accomplishments and ones that we will miss the most. He loved them all so very much, and consistently showered them with his unconditional love and support.