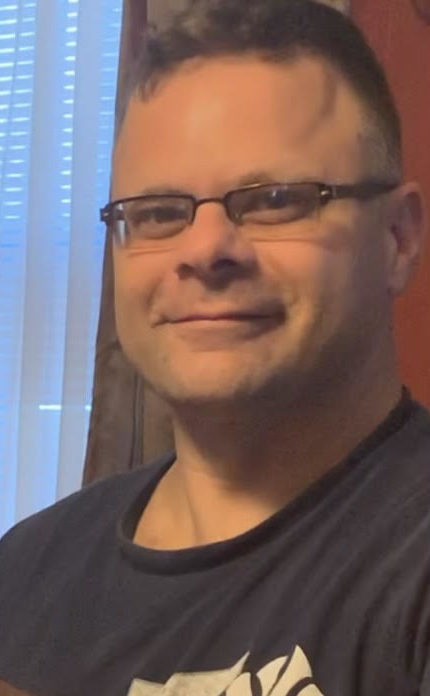 Sunrise: June 9, 1974
Sunset: January 4, 2021
On Monday, January 4, 2021, Thomas Anthony Kralik, Jr., 46 years of age, passed away in Norfolk, Virginia where he lived for 16 years.  He was humble, kind-hearted, had an infectious laugh and a great sense of humor.  He loved cruising around the world and reggae music.  He was an avid sports fan of the New York Yankees, Buffalo Bills, and Syracuse University.
Thomas was born on June 9, 1974 in Anchorage, Alaska.  He was the only child to bless the union of Thomas and the late Denise (nee Mahoney) Kralik.  The family moved to North Tonawanda, New York when he was very young.  He accepted Christ as his Lord and Savior at seven years old at Bible Presbyterian Church in Grand Island, New York.
As an active boy, Thomas had a keen desire to learn about new things.  His curiosity for science was explored at Grant Street Elementary School.  Payne Junior High pushed his pursuits for the mechanics in how things work and move.  His passion for history was nurtured at North Tonawanda Senor High School where he graduated in 1992.
Thomas was employed by Topps Grocery Store and attended Niagara Community College prior to joining the United States Air Force on April 30, 1993.  Upon completion of basic training at Lackland AFB, he went to Lowry AFB in Colorado for tech school.  His first assignment was at Griffiss Air Force Base in Rome, New York with 416 SVS (ACC).  In November 1995, he transferred to Langley Air Force Base.  He loved his affiliation with the operational support in managing the food facility, as well as scheduling fitness and recreation programs within the 1 SVS Squadron (ACC).
As his path continued, Thomas pursued further education at ECPI University where he obtained an Associated Degree in Computer Electronics Technology in 1999.  This propelled the opportunity to crosstrain into the Meteorological and Navigation Systems career field, 2003, with the 338 Training Squadron (AETC) at Keesler Air Force Base in Mississippi.  In 2004, Thomas fulfilled the requirements for the Associate of Applied Science (AAS) degree in Fitness, Recreation, and Service Management from the Community College of the Air Force.  His final duty station was with the 633 Communications Squadron (ACC) at Langley Air Force Base as an Airfield Systems Craftsman.
Thomas received a Bachelor of Science from Excelsior College on May 2, 2011.  He enrolled at Old Dominion University and successfully completed the Career Switcher Program.  The accomplishment allowed him to obtain a Provisional License to teach Health and Physical Education, PreK-12 in the Commonwealth of Virginia on July 27, 2013.
His decorated military career included multiple deployments to the Middle East and several awards: National Defense Service Medal with 1 service star, Global War on Terrorism Service Medal, and the Korean Defense Service Medal.  Thomas faithfully served his country until August 31, 2013.
Thomas was most recently employed by the City of Norfolk as a Master Deputy Sheriff.  He started in 2013. Master Deputy Thomas Kralik accomplishments/certifications during his time at NSO are as follows: Military Recognition Award (6/1/17), Continuous Service Award (9/1/18), Leadership Development Award (8/19/20), Crisis Intervention Training (2/28/20) and Narcan Qualification (2/26/19).
He was the husband of 15 years to Shelly Kralik; father of Bryauna Kralik (Ebony Swindell) of Newport News, Virginia, Thomas Kralik, III, Kayla Kralik, and Andie Davis of Norfolk, Virginia. Thomas is survived by several aunts, uncles, and a host of loving relatives and friends.
Viewing Wednesday, January 13, 2021 2:00pm - 6:00pm Metropolitan Funeral Service 7246 Granby Street Norfolk, VA 23505 Service WATCH SERVICE LIVE ONLINE Thursday, January 14, 2021 2:00pm Metropolitan Funeral Service Granby Chapel Interment Forest Lawn Cemetery 8100 Granby Street Norfolk, VA 23505 The family is following the CDC and State of Virginia guidelines for funeral attendance