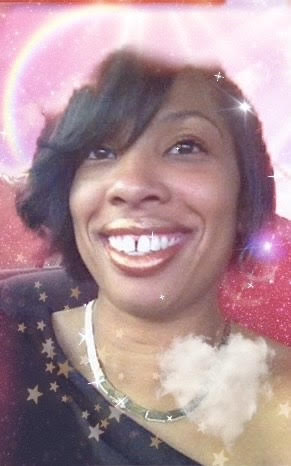 Starr was born to Caribbean parents from Trinidad, and loved everything about her culture. On September 25th, 2003 she met the love of her life who embraced not only her, but also her beloved heritage. It was love at first sight, because they were married shortly after on November 23rd, 2003. From their union, four beautiful, remarkable children were brought into the world. She loved her husband Yancey with every fiber of her soul, even through peaks and valleys. She would say “It was meant to be, he’s my soulmate”.

Starr was an exceptional woman who cherished her “babies”, as she affectionately called them. She did everything and anything for her children. She taught them a wide range of skills. Skills she believed would last a life time. Some of their favorite activities were gardening and arts and crafts. Starr was an extraordinary mother.  A mother that believed every single birthday was cause for a HUGE celebration with grand parties, big birthday cakes, loads of decorations and even costumes. She believed all her children’s accomplishments, no matter how big or small, should be greatly honored and celebrated.

Starr was a grand hostess. Entertaining for dear friends and family is where her spirit shined, especially on game night. If you were true to her, she was true to you (100%). A pure, genuine, kind, and loving person who would have given you the shirt off her back. If you needed anything, she would go out of her way to help, even if it meant giving you her last dollar. She opened up herself, her family and her home to those she loved with generous arms. Those close to her know, if she called you “bro or sis”, she meant it!  You were now part of her family! She is going to ride with you til the wheels fall off. As for the few who managed to get on her bad side, they felt Starr’s unfiltered passion and Trini spice first hand. She believed in what’s right is Right, and wrong is Wrong. If you’ve ever felt her wrath, best believe you deserved it. No holding back, she is going to tell you how she feels.

Living an active lifestyle was deeply tied to her way of life. Starr took interest in extreme sports; skydiving, surfing, and skiing. She loved the thrill and excitement.  She also had an adoration for big trucks and big dogs. A real go big or go home kind of girl. Dancing was a craze that Starr could never get tired of. She could ride the rythym of the beat for hours on end and wake up early the next morning to make breakfast without skipping a beat. Whatever she cooked she put her heart into it. Caribbean cuisine was her most favored, especially bake and saltfish. Whenever there was a family gathering there had to be bake and saltfish. If it wasn’t there she was going to ask or bribe someone to make it.

Starr was a beacon of light. Her smile and laughter lit up the room. She stood out from the rest. A strong, courageous, woman who lived life to the fullest. A beautiful Shining Starr who has left us all with an inspiring message.  “Dream as If you live forever, live as if you will die today”.