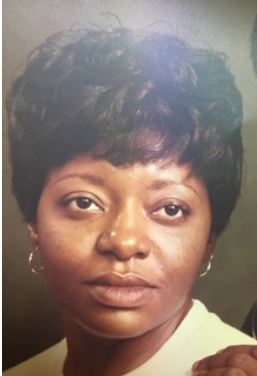 Sorota Griffin Johnson of Chesapeake, Virginia went home to be with the Lord on Saturday, August 3, 2019. She was born January 9, 1948, to the late William S. and Emily L. Griffin Sr. of Norfolk, Va. Rota graduated from Booker T. Washington High School. Immediately after graduation she was afforded the opportunity to work at General Electric (GE) in Portsmouth Va. While working she enrolled in nursing classes at Tidewater Community College. Rota continued her education at Norfolk State University where she received her nursing degree. As a young woman, she had a passion in the field of gerontological nursing. During her career she held many diverse job titles, to name a few: Adult Protective Services, Licensed Realtor, Medication Administrator, Chesapeake General Hospital, Norfolk General Hospital, Atlantic Shores Assistant living, and a CNA Trainer. Later in her profession she retired as the
charge nurse at Indian River Retirement Center. Rota was a member of the Sassy Snappers and Red Hatters. She loved gardening and listening to classical music.