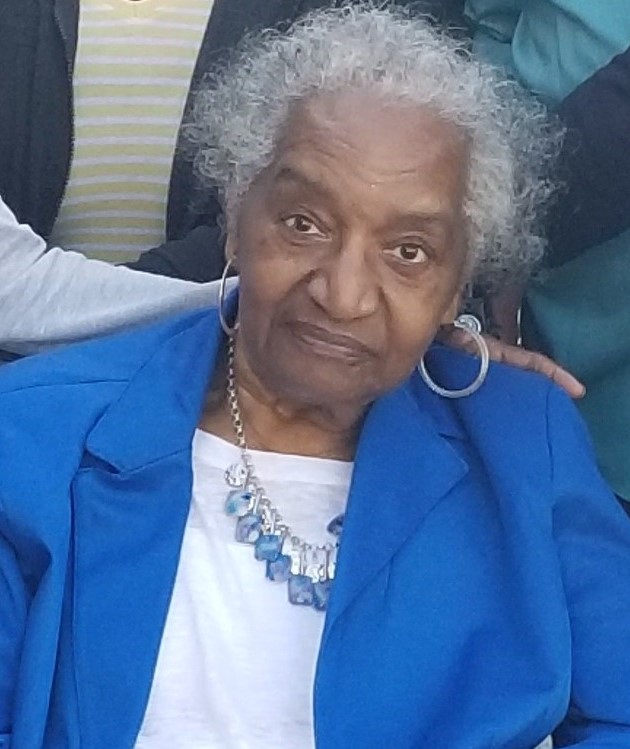 Sunrise: October 24, 1937
Sunset: April 4, 2021
SHIRLEY LEE WHITE REID was born October 24, 1937, to Archie “Pete”White and Mattie Barrington White. She attended the public schools of Norfolk and was a proud graduate (1954) of Booker T. Washington High School. After high school, she worked for Colonial Stores Distribution, Hofheimer’s Shoes Distribution and later was employed at Lillian Vernon as a Customer Service Representative until her retirement.
As a young adult, Shirley joined the Church of the Lord Jesus Christ of the Apostolic Faith where she gave her life to Christ and began her faithful service to the Lord. She was a member of the Radio Helping Hands Ministry and also served as Record Keeper of the church office. It was at church she met James Reid and they were married.
On June 20, 1971, the couple would welcome the joy of their lives, CANDANCE YOLANDA. Being a very loving and dedicated mother, Shirley spent most of her life enjoying time with family and friends. As the matriarch of the family, Shirley was always willing to help in any way she could. Her cooking skills were enjoyed by all who had the pleasure of spending time with her. She was a “quiet” entertainer while spending times with family, those times always being filled with laughter. The family enjoyed teasing her about being a “neat freak” and trying to clean even before the meal was done.
On Sunday, April 4, 2021, God called Shirley home to be with Him in eternity. She was preceded in death by her parents, her husband, her aunt Christine Jones, her sister Barbara Sheppard, and her niece Cecelia D. Burnham.
She leaves to cherish her memories, her daughter and son-in-law, Candance and Derrell Clark, her sister and brother-in-law Myrna and Russell Vann, six nieces- Beverly Settles, Sandra Roby, Terry Anderson (Robert), Crystal Canty, Valerie Canty, and Stephanie Ezekiel (Jeffrey); one nephew, Anthony Burnham; and a host of great nieces, great nephews; and friends.
Viewing Thursday, April 8, 2021 2:00pm - 6:00pm Metropolitan Funeral Service 5605 Portsmouth Boulevard Portsmouth, VA 23701 Service WATCH SERVICE LIVE ONLINE Friday, April 9, 2021 11:00am Metropolitan Funeral Service Portsmouth Chapel Interment Greenlawn Memorial Gardens 3920 Airline Boulevard Chesapeake, VA 23321 The family is following the CDC and State of Virginia guidelines for funeral attendance.