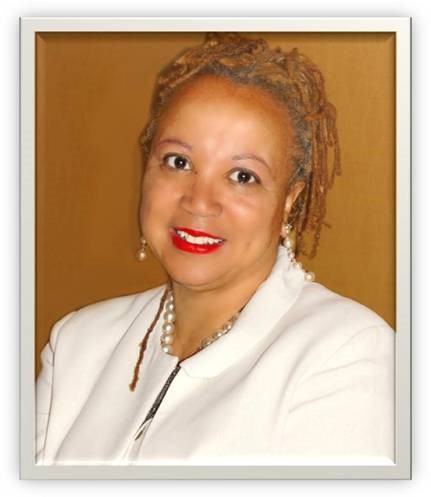 “Precious in the sight of the Lord is the death of his saints” Psalm 116:15

Elder Sharon Faye Wilson Rooks was “welcomed home” by her LORD and Savior Saturday, July 3, 2021, in Atlanta, Georgia. Due to failing health, Sharon temporarily relocated from Denver, Colorado to Atlanta to live with her sister, Jacquelyn Mills, to receive medical treatment at Emory Winship Cancer Institute.

Sharon was born in Portsmouth, Virginia on November 9, 1956, to the late Ethel Pearl Rooks Page and Frank Sudderth. As the first grandchild in the Rooks family, Sharon’s birth was marked by an instant and lasting bond of love.

Sharon was raised in Church at the Garden of Prayer Temple in Portsmouth, VA. (now Garden of Prayer Worship Center- Norfolk, VA) where she accepted Christ at an early age. She was a faithful Sunday School member and felt led to share and teach God’s Word, and she eventually became a Sunday School teacher. Sharon embraced and never abandoned the legacy of the love for God and family instilled in her at an early age.

Sharon was educated in the Portsmouth Public Schools and graduated from Woodrow Wilson High School in 1975. She was a varsity cheerleader, active in the band, and President of the 1975 Senior Class. Sharon attended Norfolk State College (now Norfolk State University), and shortly thereafter met and later married Navy Chief Luther R. Wilson. Their union produced two loving daughters: Ashleigh and Amber. After several military base stations, the Wilson Family settled in Denver, Colorado. Sharon joined and was a devoted member of For His Glory Christian Fellowship in Aurora, Colorado. There, she “served the Lord with gladness” on the Praise Team and lifted her melodious voice in the Choir. On October 22, 2017, Sharon was blessed to be ordained as an Elder in the Church under the leadership of her beloved Pastors, Thomas and Anitha Jones.

Sharon was employed at Empower/Great West Life Retirement Company where she worked in the Retirement Services Department for 15 years as a Lead team member, until health challenges prevented her from continuing in that capacity. Sharon was known for her fashionable and eloquent style. She had a passion for shopping and coordinating chic outfits for herself and others. Sharon enjoyed being with family and friends and possessed an engaging personality. She relaxed easily in the company of others and never met a stranger. She was always willing and ready to help and be a blessing to others.