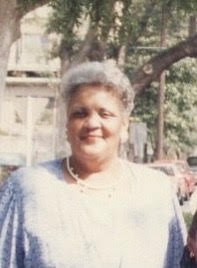 On Wednesday, April 28,2021, our beloved mother, Sandra Elaine Jarvis Sears, gained her wings and slipped away from the labor of this earth to her reward, to be with her Lord and Savior.  She was born February 27, 1944 to the late Nathan Jarvis and Eula A.Moore Jarvis in  Norfolk County, Virginia.

After graduating from Crestwood High School in Chesapeake, Virginia, Sandra attended Norfolk State University.  She was later employed by the U.S. Government at the Naval Air Terminal, Norfolk Virginia. She retired after 30 years of service as an Aircraft Freight Loader Supervisor.

Sandra’s christian journey began at an early age at Little Zion Missionary Baptist Church in Oak Grove, Virginia where she dedicated her life to Christ.  Once married, she faithfully attended the United House of Prayer for All People with her husband, the late Leronia Sears.   Later in life she attended and joined Philadelphia Church of Christ Disciples on Canal Drive in Chesapeake, Virginia.  She was highly respected and admired by her church family.  Sandra was bestowed the honour of Church Mother.

Sandra enjoyed attending sport activities such as football, baseball, basketball, being with family and  friends, and babysitting her neighbor’s twin boys whom she truly loved and adored as if they were her own.

Preceding her in death were her parents, her husband, and son Torraine Sears.  Left to cherish her memories are two sons, Levelle (Bobbie) and Tori Sears; grandchildren including Levelle Sears Jr, who she raised as her own, and Damien Sears; three brothers , Nathan Jarvis Sr. (Doreatha), Melvin Jarvis, and Clifton Jarvis (Kathy); three sisters, Carolyn Etheridge (Morris), Elvy Jarvis, and Lavern Boykins (Ernest); and a host of nieces, nephews, cousins, the twins – Jalil and Jamil Bailey,  and friends.