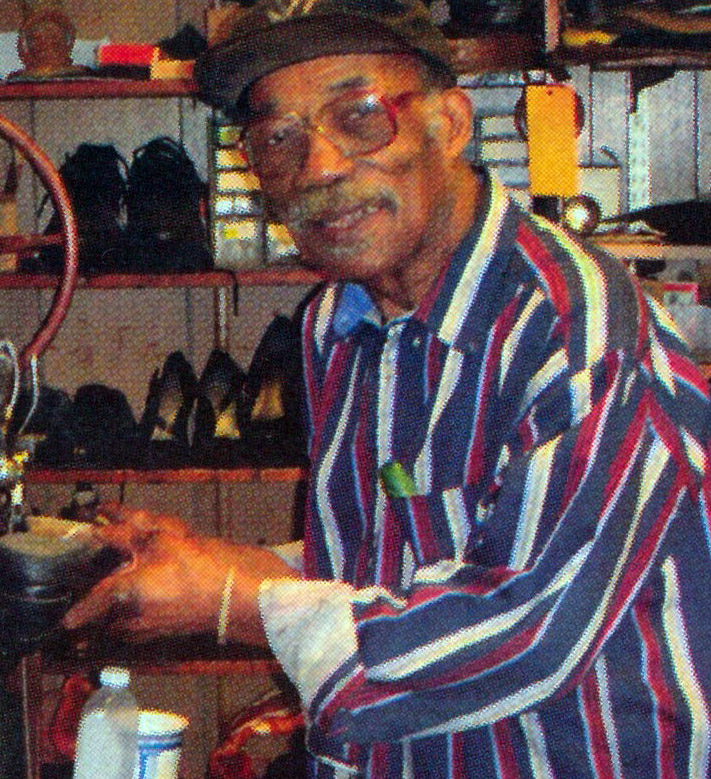 Samuel W. Johnson was born on May 14, 1922 in Florence, South Carolina a son of the late Joseph and Mamie Martin Johnson. In addition to his parents, he was preceded in death by his brother, Joseph, Jr. and sister, Gladys. Sam left school early to begin work. He relocated to Virginia where he trained in the craft of shoe repair that sustained a lifetime of work. He married the late Alice Mae Gordon (Spruill) and settled in Norfolk, Virginia.

Sam later moved to Ossining, New York and continued his work in shoe repair. He married the late Sudie Reese Johnson and became “Dad” to her children. He and Sudie settled in White Plains, New York where he worked several shops before
finally operating United Shoe Repair on Maple Avenue for over 40 years. During this time he worked six days a week, rarely taking a vacation. Sam enjoyed talking and interacting with people and because of his upbeat personality and infectious laugh, people would hang around just to chat after bringing or picking up their shoes. Sam was featured in articles in the White Plains Times Community View section and the book “On the Street Where We Lived” by Harold A. Esannason, a study of African Americans living in White Plains, New York. Sam was a member of Mount Hope AME Zion Church in White Plains, New York and attended services regularly until he was unable. Sam retired in 2016 and moved to Fairport, New York where he resided with is son and daughter-in-law, Edmond and Delores Locklear. In 2017, Sam returned to Virginia to reside with his son and daughter-in-law, Rodney and Dawn Johnson in Virginia Beach. While in Virginia Beach he visited Mt. Trashmore and found it amazing that is was created from garbage. He enjoyed a trip to the oceanfront boardwalk and elaborate Christmas light displays throughout the city.