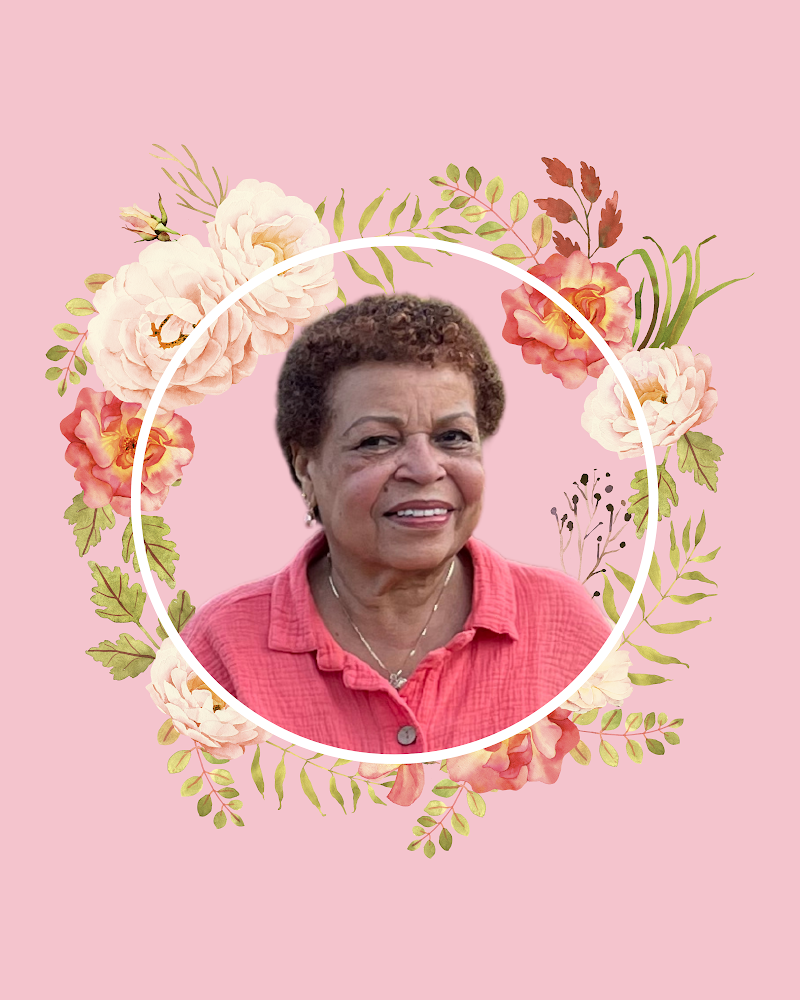 Rose Emma Rutledge was born on August 3, 1939, in Covington, Virginia. She was the third child of the late John M. and Margaret Lawson. She attended high school in Washington, DC and was a member of the National Honor Society. She married Charles W. Rutledge on July 1, 1959. She was a dedicated wife that supported her husband’s military career while raising their four beautiful children. As a military wife she lived in various locations and finally settled in Virginia Beach, Virginia where she continued to raise her children. Rose was not only a wonderful wife and mother, but she was a phlebotomist at DePaul Catholic Hospital in Norfolk, Virginia, where she worked until her retirement in 1994. The highlight of her career at DePaul Hospital was being chosen from a nationwide search to be on the cover of a professional phlebotomist magazine. She was so excited and proud of this honor and to travel to New York for the photo shoot. Rose loved camping and traveling with her family. Each placed they visited she would make sure that they learned the history of the area by visiting the area’s historical sites. Her favorite place to camp was the Outer Banks in North Carolina where she enjoyed being on the beach and watching the waves. As her children grew older, she continued camping with Charles to the beach in the Outer Banks, even introducing the grandchildren and great grandchildren to camping. Her children and grandchildren have fond memories of camping and often relived these memories with Rose. After retirement, Rose enjoyed working in her yard and traveling to the different areas her children lived so she could spend time with her grandchildren and great grandchildren. Rose had a zest for life and a smile that made anyone who was around her feel welcomed and loved. She laughed often, even when sad. Rose always said, “life goes on and you can’t stop living, even when it’s tough”.

Rose was called to eternal life on March 21, 2022. Her warmth and kindness will truly be missed by all her family and those who knew her. She was proceeded in death by her parents John and Margaret Lawson, her brother Edward, and her son Kenneth L. Rutledge. Rose leaves to cherish her memory, her husband of 62 years, Charles W. Rutledge, son Edward M. (Jill) Rutledge, daughter-in-law Deborah Rutledge, Lisa M. (Tommie) Bennett, Athena R. (Richard) Bullard, nine grandchildren, and nine great grandchildren, sister Francis (late Ernest) Blake, sister Shirley (Stephen) Scales, brother Albert (Matilda) Carter. She is also survived by a host of nieces and nephews that loved her dearly.