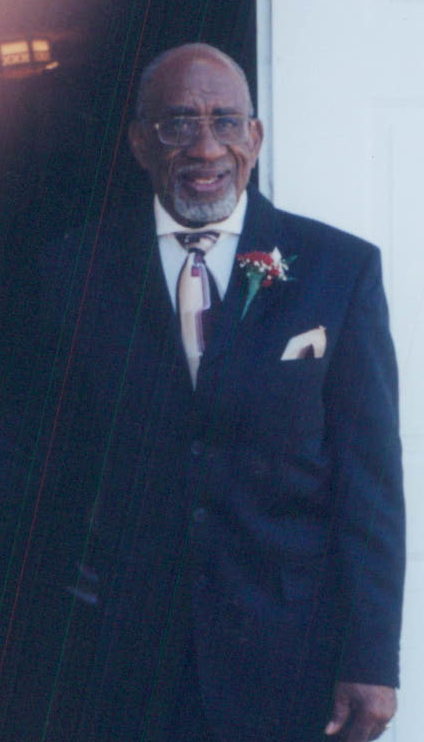 Roland Franklin Gaines, Sr. was born on April 1, 1921 in Powacan, an unincorporated town in King and Queen County, Virginia to Edwin M. Gaines and Eva M. Ferbee Gaines.  Roland was third of seven children.  He was baptized at an early age in First Baptist Church Logan Park.

Roland was educated in the Norfolk public schools and graduated from Booker T. Washington High School in Norfolk, Virginia. After graduating, he worked at several jobs. He was drafted into the Army in 1942 to Company C, 98th Engineer Regiment. Honorably Discharged in May 1945.

After his stint in the Army, Roland returned to Norfolk. He worked for his father as a driver for the Gaines Bus Line; he was employed at the Norfolk Naval Air Station until retiring in 1976 after 34 years, with an Aircraft Engine Specialist rating.

After retirement, Roland was active in the Tanners Creek Civic League, and worked to improve the landscaping in the area. Active in the church, he served on the Senior and Male Choirs. He loved to sing, especially with the Male Choir.  He participated until his health began to fail.

Roland was an avid golfer.  He played every chance he got, and in many tournaments in Virginia, and up and down the east coast.  He and his brother, Edward were known as the “Gaines Boys” who played golf on many of the local, formally all-white golf courses.

He was preceded in death by his parents, his loving wife Clara of 62 years, two sons, Walter Taylor, Jr. and Roland F. Gaines, Jr. and all his siblings, but one.

The family legacy will continue.  To God be the glory for blessing of longevity.