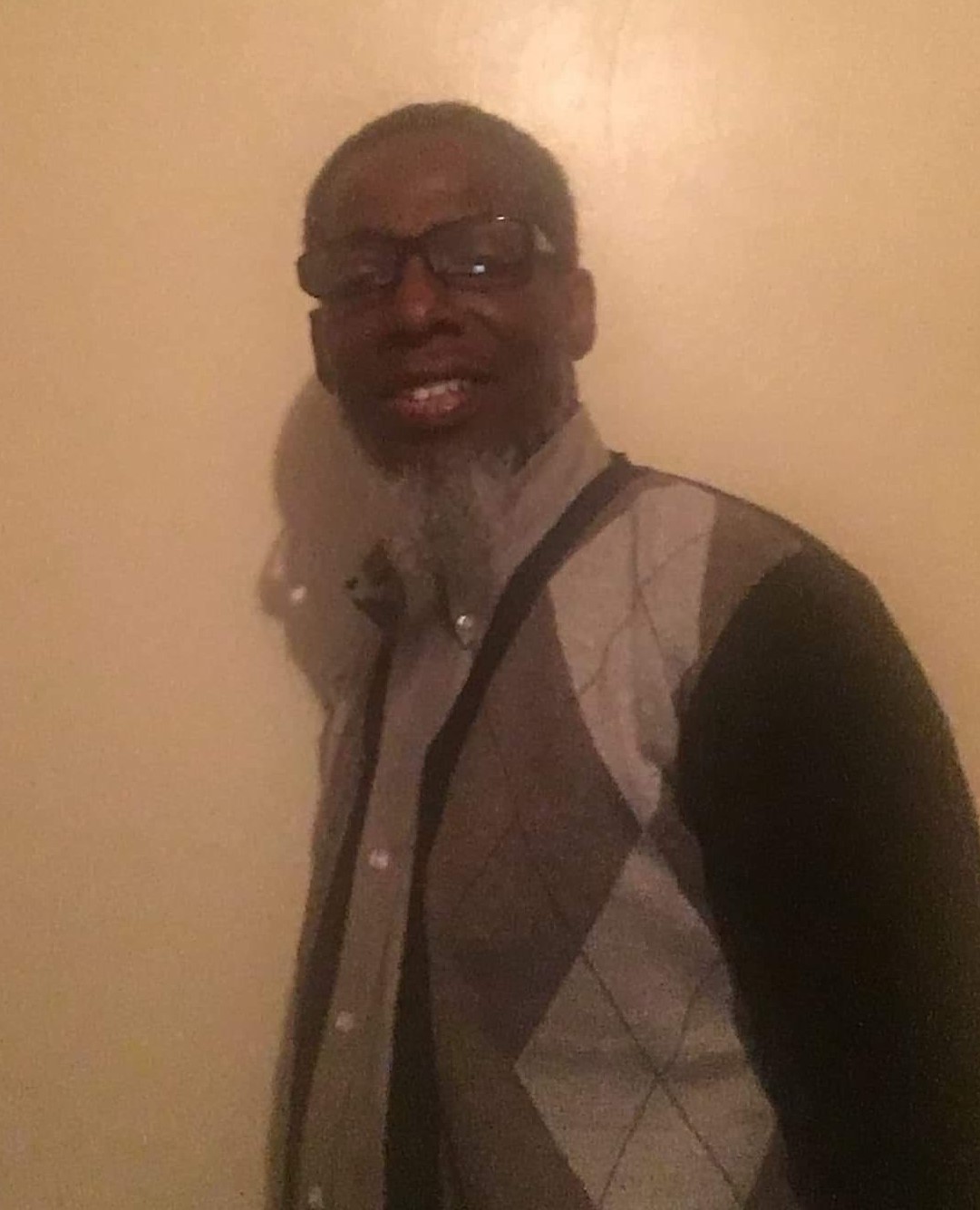 Sunrise: August 13, 1961
Sunset: April 10, 2021
On Saturday, April 10, 2021. God sent His loving angel of Mercy to Robert Lee Sunkins beside to take him to his new home in heaven.
Robert Lee Sunkins was born in Norfolk Community Hospital on August 13, 1961 to the late Ivory Nathaniel Sunkins and Louetta Sunkins.  He was the sixth of 10 children born in the Norfolk, VA, where he received an education in the Norfolk Public Schools System.  He worked at A&R Landscaping Company, Candy Factory and worked at Cape Henry Inn Housekeeping in Virginia Beach, VA before becoming employed at Tony’s Barber Shop.  My brother Robert Lee loved playing his music, he were a D.J. he named himself “Disco Lee” coolest jock from the Park. He also loved to draw beautiful canvas, people he was an “Artist etc.  His smile brighten up a room he had beautiful teeth. Robert was a lovable person and very quiet, where he kept to himself he would not reveal secrets if he was told any, he loved his family dearly.  He was a great Uncle, brother, cousin; he gave us all a nickname he was known to make us laugh when we were feeling down. Robert will always be remembered as Uncle Robert Lee, he will be missed he was loved by many anyone he met in contact with, even with is illness he would never complain.  He also were a Green Thumb loved to planting and gardening.  He was our everything man, it is still hard to believe that he is gone.  However, he is gone to be with the Father in Heaven.
He leaves to cherish memories, four sisters, Roberta R. Purvis, Diane S. McLean, Cora Lee Sunkins, Juanita Sunkins; three brothers, Willie (Nadine) Roundtree, Isaac (Samarth) Sunkins of Southerland, GA, Ronald Lee Sunkins of Jamatto, VA. In addition, a host of nieces, nephews, uncles, aunts, and other relatives and friends.   One brother, and Sister Ricky Sunkins, Elizabeth Sunkins predeceased him.
Viewing Wednesday, April 21, 2021 2:00pm - 6:00pm Metropolitan Funeral Service 7246 Granby Street Norfolk, VA 23505 Service WATCH SERVICE LIVE ONLINE Thursday, April 22, 2021 11:00am Metropolitan Funeral Service Granby Chapel Interment Riverside Cemetery 1000 E. Indian River Road Norfolk, VA 23523 The family is following the CDC and State of Virginia guidelines for funeral attendance.