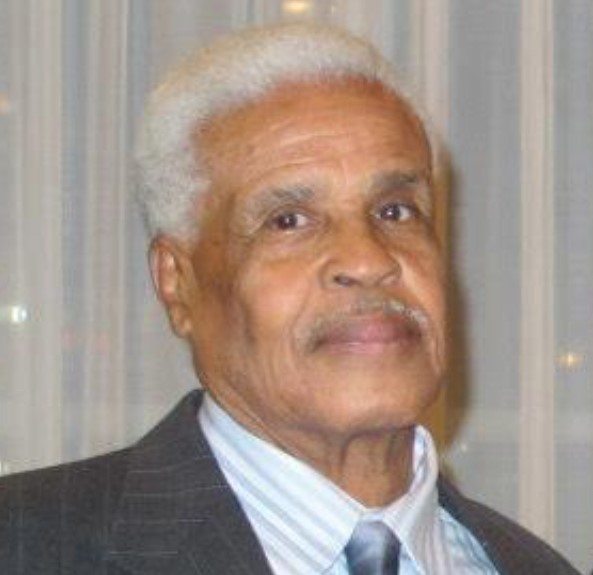 And he said to him, “Truly, I say to you, today you will be with me in Paradise” and on this day, Saturday, March 20, 2021, Robert L. Harrison, devoted husband, beloved father and grandfather, received the highest honor and the call of the faithful to join the kingdom of His Savior, Jesus Christ.

He was born June 27, 1930 to the late George and Elizabeth (Hall) Harrison in Danville, Virginia, the second of seven children. He was educated in the Danville Public Schools system including Southside High School. He gave his life to Christ at an early age and attended his family’s church, Prospect Baptist, in Danville, Virginia. He married Lizora Shavers also from Danville, Virginia, in 1952 and out of this union four children were born.

Robert Lee joined the U.S. Navy in 1952 and was stationed at the world’s largest naval base in Norfolk, Virginia. He was a marine machinist and worked in the ship’s engine room. He retired after almost 20 years of service in 1971 as a First-Class Petty Officer. While in the Navy he learned and enjoyed being a barber to the sailors aboard ship. After retiring from the Navy, he worked at the Norfolk Naval Shipyard in Portsmouth, Virginia, as a machinist mate for 15 years. He realized he had a talent for cutting hair and worked as a barber at the shipyard and retired there in 2015. He also dedicated his time by giving free haircuts for those in needs and to church members. In addition to cutting hair, Robert Lee enjoyed fishing, deer hunting, crabbing, golfing, and gardening.

Robert Lee was a kind, quiet, generous, self-less, stoic, spiritual, and a “gentle” man. He was a good listener and read the Bible religiously. He blessed us all with his prayers and his opinions on politics. He shared his love of gardening and fishing with family, neighbors, church members, and co-workers.

He was a faithful member of Mount Olive Baptist Church in Norfolk, where he was a deacon, sung in the choir, and an active participant with the food bank ministry. Prior to joining Mount Olive, he was a dedicated member of First Church of Christ Holiness USA in Norfolk, where he served faithfully as deacon, trustee and along with his wife volunteered to operate the Church’s soup kitchen.

He loved his family, and his family loved him to the moon and back! He is forever in our hearts.