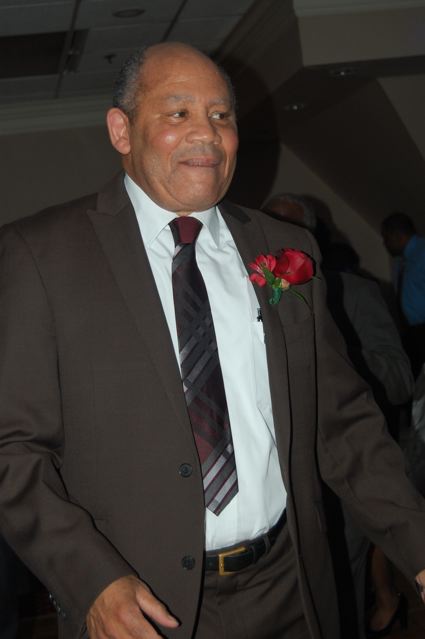 On September 16, 2020 at home in Auburn, WA, God said, “Robert, well done, it is time to receive your rest.” Bom on December 9, 1942, in South Norfolk County, VA, Robert Austin Corprew was the second child bom to Roderick Corprew, Sr.
and Dorothy (Cuffee) Corprew. Named after his Paternal Grandfather, Robert was affectionately called Bobby and quickly became a strong foundation for his family. Robert and his two brothers, Roderick, Jr. and Roger, Sr. were instilled with the value of education, family, and the love of God. At a young age, Robert accepted Christ and was baptized at the First Baptist Campostella in Norfolk, VA.

Following his mother’s footsteps, Robert was the Valedictorian of the Crestwood High School, Class of 1961, in Chesapeake, VA. Robert attended his paternal grandmother’s Alma Mater, Hampton Institute, where he received his Bachelor of Science in Chemistry with Highest Honors in 1965. After graduation, he joined the United States Army, as an Officer and served in the Vietnam War. He earned the rank of Major before leaving in 1980.

In 1981, Robert was hired as a Logistic Engineer by Boeing. While at Boeing, Robert sat for the Logistic Engineer exam and was the only person to pass this exam in Washington State. Robert loved his job and fought against retirement. In usual “Robert” fashion, he woke up one day and decided he would retire the next day after 32 years of service. When asked about how he taught himself aeronautics, he stated, “If you look at a blueprint backwards, you can learn how to design it”. Robert was taught French by his father, spoke fluent German, and was recently teaching himself Spanish.

These are examples of his beautiful genius mind. On September 5, 1987, Robert married the love his life, Ametta Nichols Corprew. Robert and Ametta were introduced by his best friends, Colson and Velda. Arnetta, a free-spirited, extrovert, brought
beauty, laughter, and joy to Robert. She inspired him to travel, dance, and socialize more. She lovingly cared for him through each of his personal battles.

Robert was a two-time Cancer Survivor that exercised daily. He enjoyed his daily walks in the mall and rewarding himself with a thick and creamy milkshake afterwards. He believed there was nothing that a good bowl of ice cream, cup of coffee, fried croaker with a side of hot sauce, and a good mystery novel could not heal. He enjoyed listening to the Williams Brothers and Charlie Wilson.

He was courageous and calm. He didn’t waste words, but brought sincerity to everyone he met. His faith in God was steadfast and unmovable. He was a dedicated member of New Beginnings Christian Fellowship under the Leadership of Rev. Dr. Leslie Braxton in Kent, Washington. He served with the Male Chorus, Setup-Breakdown Committee and the Accounting Team. He was a true testament, whatever God took him through….it was well with his soul.