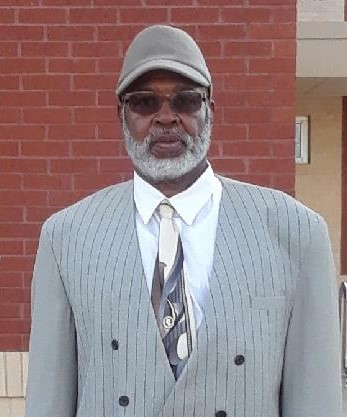 Richard Nathaniel Pennant was born on November 25, 1956 to mother, Geraldine and father, Reuben. He went to sleep and quietly slipped away in the morning, on May 24, 2019. When our mother met and married her late husband, Noel Briscoe, six years after Richard’s birth, our dad immediately claimed Richard as his son, because in his own words, “You can’t love the cow and not love the calf” or as we say in Jamaican Patios, “You cann lub di cow and nuh lub di calf”. Richard was raised in the district of Blackwoods, Clarendon, Jamaica. He was the first of seven siblings in the home and even though we were ages apart, we looked to our big brother for protection and guidance. Each one of us can say that we have learned from the stories he told and those long conversations during which he would offer advice. Richard was only five years old when he began attending school. Mom recalls that he loved school. His
outstanding academic performance resulted in him being among the few students who were successful in the National Grade Nine Achievement tests which earned him a place in the most prominent high school in Clarendon, Jamaica.

He matriculated from high school to Jamaica School of Agriculture (JSA); a tertiary institution where he was able to develop his passion in the field of agriculture. This training provided the foundation
for his successful career in that field; where he worked with several major entities in Jamaica such as the Ministry of Agriculture, Coffee Industry Board and The Tobacco Industry Board.Richard’s love for agriculture went beyond his official spheres of employment. He was always planting and reaping in his backyard no matter where he lived; whether it was Jamaica, England, or the USA. Every member of the family has eaten from one crop or the other that he grew. It was not surprising, therefore that a box of fresh vegetables from Virginia turned up on the doorstep while one of our sisters was living in Connecticut.He proudly posted his agricultural produce on social media for all to see and was happy to share with anyone. His love for agriculture was like an epidemic.There are several people who have entered this field as a result of Richard’s contagious love and
encouragement. He was anxiously waiting for the last winter season to end so he could begin planting again.His great love for agriculture made him hone his skills as a pest control specialist. Like a trained
physician, he was diagnostic in his approach to pest control. For him, it was unheard of to just see aroach and zap it with any pesticide that comes to hand. He would examine iter alia; the direction in which the roach crawled, its color and size, or whether it crawled up or down, etc. Cooking might have been an extension of growing food. Richard learned the art of cooking from his mother, and in our eyes became one of the greatest chefs of all times. You name the Jamaican dish… he could cook it. He recently reminded one of his sisters that he learned to make dumplings from our mother and he was often complimented for his skill in making the neatest dumplings. He took so much pride in his cooking skills. The last time all of us were together was, sadly, at our dad’s funeral about this same time last year.Richard showed his love and support by doing all that he could to ease our pain. He helped with the cooking, decorating the church for the service, by transporting  mourners to the service and back home.No task was too menial. Our most outstanding memory is his sitting behind our mom at the funeral with his hand on her shoulder for the entire time. His strength and jovial manner made the burden of loss just a little easier to bear. At the time of this last visit to Jamaica, we noticed that he seemed to be ailing. He all but tried to assure us that he was fine.

In October 2018, our eldest sister received a call from his wife, yrna, who expressed deep concern regarding his failing health. She equested our support to persuade him to seek medical attention.
He invited one of our sisters and her husband to visit him in Virginia. While visiting, they enjoyed long nights of talk, great food and special times of bonding. Richard loved his family. It was during
this time, last year November, that he was finally persuaded to seek medical attention in which he discovered that he had advanced state of lung cancer.While we accepted this diagnosis with sadness, we had unfailing hope…because we knew that Richard was a fighter, and we believed in the power of prayer. During his short battle with the disease we saw this prayer at work. We believe God answered the prayers even though he was taken physically from
us. We were assured after one of our cousins visited him, that he had rededicated his life to the Lord. We can rest imagining him high-fiving our Dad in Heaven! We must take this opportunity to thank our sister-in-law, Myrna, who stood unwaveringly by his side in the last days-making his meals, taking him to the doctor’s appointments, supporting him when no one else was there. We love you Sister Myrna.

We also acknowledge our aunts, uncles, cousins, his son, Jermaine and other relatives and friends who supported him through their visits and prayers, during his last days. We know that an impact was
made because you took the time to be there. Richard leaves to ourn, his wife, Myrna; his mother, Geraldine Briscoe; five sisters, Faithlyn (Sean Wilson), Mirette (Lovelle Williams), Lorraine Hopeton Griffiths), Shirnet (Clinton Lindo) and Julaine (Dave Robinson); one brother, Wayne (Keisha Briscoe); three sons, Jermaine, Kurt and Carey; two step-daughters, Chalon and Michelle; ten grandchildren, Myesha, Nasah, Ahshar, Nasha, Jaylen, Gabriel, Khajeim, Nyol, Carey, Jr. and Ethan. He leaves to mourn also beloved uncles, aunts, nieces, nephews, cousins and various close friends. Our loss is deep…our pain is great, but we are thankful for his life and for his love and for the fact that he had a life that made an impact. Sleep in peace Brother Bear…we will always remember you. In the words of our mom, “You are still the first child”