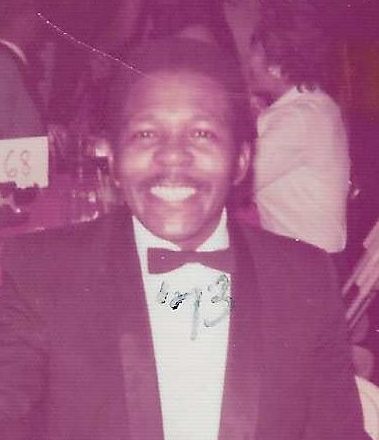 Richard was born to Evelyn Marie Stancil Baskerville and William Richard Ballard on Wednesday, December 21st, 1932. He was raised by his father and his step-mother Rosa Lee Ballard. His grandparents David and Mattie White lived close by and always took the time to inspire him. He enjoyed growing up in Portsmouth with his nieces, nephews and close friends who were like brothers to him. He was educated in the Public Schools systems of Norfolk and Portsmouth, Virginia.

In 1950 he graduated from Norfolk County High School where he participated in musical activities. After which he returned to this school and assisted with the band for one year.

In the fall of 1951, he attended Virginia State College in Norfolk, Virginia on a scholarship majoring in Music along with his old trombone that is still in the family’s possession today. He was a member of the band, the choir, and the Reserve Officer’s Training Corp. During this year, he met and started dating his future wife, Ruby Forbes Ballard of Norfolk, Virginia.

In 1953, he continued his Music Major studies at Virginia State College

where he was a performing member of the Jazz Band, the Marching Band, and the Concert Band.

In 1954 he joined the Nu Psi Chapter of the Omega Psi Phi Fraternity.

In 1955, he married Ruby Forbes. He also graduated from Virginia State College with a Bachelor of Science Degree in Music and a R.O.T.C. Commission as a Second Lieutenant in the United State Army Infantry. He was assigned to Fort Dix in New Jersey and served as Platoon Leader of Company F, 4th Training Regiment, 4th platoon. He severed as Platoon Leader, Regimental Utilities Officer, Company Payroll Officer, Executive Officer, All Army Choral Director, and Talent Coordinator. His Commanding Officer stated, “Through sound judgement, exemplary leadership and professional competence, Richard carried out each task and obtained superior results”. During his service in the United States Army, he ascended to the rank of Captain.

In 1958 he was honorably discharged after securing early release orders by means of a professional career position. Following his discharge, he returned to Virginia, and began his teaching career in Halifax. Later he was an Instrumental Music Instructor in the Isle of Wight, and in Chesapeake.

In 1963, Richard received a Master of Arts Degree from Hampton University in Administration and Supervision.

In 1968 his career provided a new opportunity. He and his family moved to District Heights, Maryland where they became members of the Seat Pleasant/Gethsemane United Methodist Church. He continued his career in Music Education in Washington, D.C.

In 1991 Richard retried as an Instrumental Music Instructor. He and Ruby moved back to Tidewater, Virginia. Richard and Ruby’s children were grown and continued living in the greater metropolitan Washington, D.C area. They became members of the First Lutheran Church in Portsmouth Virginia where his friends were already members.

A born educator, he took every opportunity to share information. His approach to educating always resulted in a loving relationship. He was an educator for thirty-three years, never losing his burning desire to learn, improve and educate. He was a member of several organizations where he shared these skills, and he was greatly appreciated and rewarded.

As a member of several inspiring churches Richard learned how to lead in many ways. He served as Secretary, Treasurer, Lay Leader, Minister of Music, Director of the Mass Choir and the Chancel Choir, President of the Building Committee, Co-Founder of the “Gethsemane Men”, “The Octaves” vocal group, President of the Church Council, and an actor. There were always those who appreciated his helpful and kind leadership.

Having a great appreciation for knowledge, he continued his quest for information by acquiring credentials in Hotel/Motel Administration, Boating Skills, Seamanship, and Insurance.

The family benefited greatly from Richard’s inquisitive mind and he glowed in our love and esteem. He faced each situation in life with compassion, love, and determination, and his heart was full of joy.

Richard loved music and he played Symphonic music to wake the family up each morning. He was with Donald Byrd’s group until Donald moved his group to the west coast. Richard did not want to uproot his immediate family and move them so far away from rest of the family to live a performer’s life. He also played with other groups in the local area.

He took his sons, their friends, and others to football practice, the D.C. Youth Orchestra where he was one of the conductors. He also took them to exciting activities on the D.C. Mall. He enjoyed looking out for us and seeing us happy.

He was a loving, gracious, exceptional man. With the grace of God Richard held his family in high regard as he exhibited respect for each person and sought a life of variance through the church, music, education, reading, singing, boating, traveling, sports and in other ways.