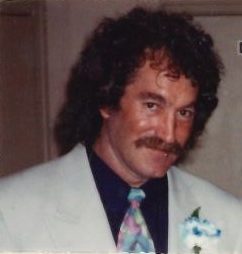 Richard Charles Lake, 72, of Chesapeake, VA, passed away at home June 12, 2020.  The son of the late William Edmund and Caroline Gaffney Lake, Rick came into this world on October 5, 1947, in New Haven, CT, the same way that he lived his life, full of energy and spirit.

Growing up in a small farm town in CT gave Rick the opportunity to expend his adventurous spirit in the outdoors, whether it be fishing, hiking, sledding, ice skating, biking along old trolley tracks, playing baseball, or bringing home frogs and snakes for his mom to babysit while he went back out to play.  Rick approached all he did with determination and a strong will, always willing to face the wrath of parents and teachers.  Rick’s quick wit, good humor, and leadership made him fun to be with, and he was the kindest, most genuine and generous, loyal friend and ever-protective brother.

He was passionate and stood up strongly for what he believed to be true and right.  He will be dearly missed.  Rick graduated from North Branford High School and Connecticut School of Electronics.  He then served in the United States Army, spending a year in Vietnam as a radar repairman.  Upon his return, Rick excelled as a carpenter for many years before he began working for Amtrak as an electrician until he retired.  Rick loved  camping with his family, old movies, fine restaurants, gourmet cooking, reading, boating, going to comedy shows, and the annual pig roasts where he gathered with old friends.  He especially loved spending time with his family.

Rick is survived by his loving wife of 29 years, Sandra Thompson Lake; a daughter, Ciarra Lake of Chesapeake, VA; one grandson, Rick’s “little buddy” Jonathan Lake; “Lil sis” Carol Lake Garman of Noblesville, IN; a niece Julie Weiss and her children, Calleigh and Liam of Franklin, IN; and many cousins.  Rick was predeceased by his younger brother, Roger Dawes Lake, of Jackson, WY.