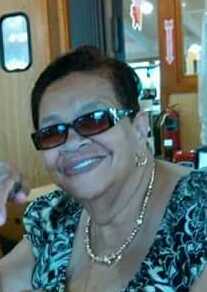 Regina Indiana Hedgebeth passed awRegina Indiana Hedgebeth, 69, of Suffolk, VA passed away in her home on Sunday, June 16, 2019. Regina was born on June 22, 1949 to the Late Gloria Hedgebeth Gadsden & Walter and Levora Parker. Regina Loved her children and grandchildren with everything in her. She had a warm soul and an open door for all that needed it. She loved to talk and never met a stranger. She had great hobbies such as, long excursions at Wal-Mart as she fondly referred to as “The Wa-Marks”, cooking, making flower arrangements, jewelry making, word search puzzles, fixing and building things & playing bingo. She always found something to keep herself busy. She sometimes had a stern way of instilling core values into her children & grandchildren (hmmm, well most of them…lol) but never failed to anchor it in love. Through all of her hardships and pain, she ALWAYS managed to make life a little brighter for others. She was surely no push over, but loved to laugh & tell jokes…well, “clown” as she called it and was always the life of the party. The greatest of all of these things was her ability to love unconditionally!