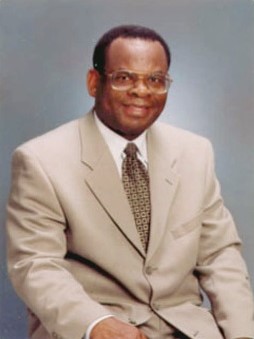 Rev. Dr. Ransom Douglas West  passed away on September 30, 2018. He was born on October 27, 1947, in Buguma, Rivers State, Nigeria, West Africa to the late Mathew Douglas West and Madam Lydia Fyne Face. Rev. Dr. Ransom Douglas was a professor at Norfolk State University, where he was the  program director of industrial management, technology department. He received his Bachelor of Business Administration in Engineering Management from the University of Texas in 1977; Master of Business Administration in Finance from Golden Gate University in 1980; and the Doctor of Education in Higher Education Administration from the George Washington University in 2000.

Dr. Ransom Douglas was first a member of Second Calvary Baptist Church where he was active for many years preaching the word of God as an Associate Minister on Sundays by the invitations of Dr. Guns Jr., senior pastor at the church. He also taught bible studies to  the men’s group on Wednesdays and Sundays. He went on missionary trips with the church to Nigeria, West African for some years back and forth. Dr. Ransom Douglas in his later years also joined Bank Street Baptist Church, the senior pastor there is Dr. Joseph P. Lee, Jr., where he performed similar services like teaching and preaching the word of God in his Sunday school classes or when he stood on the pulpit to preach to the church’s congregation.

Dr. Ransom Douglas West was also a member of two national clubs – KNA (Kalabari National Association) and KASA (Niger – Delta Association). He was liked and loved by all that came in contact with him. He will be greatly missed by all, as he lays under the bossom  of the Lord, whom he loved so much during his faithful services as a servant of God.