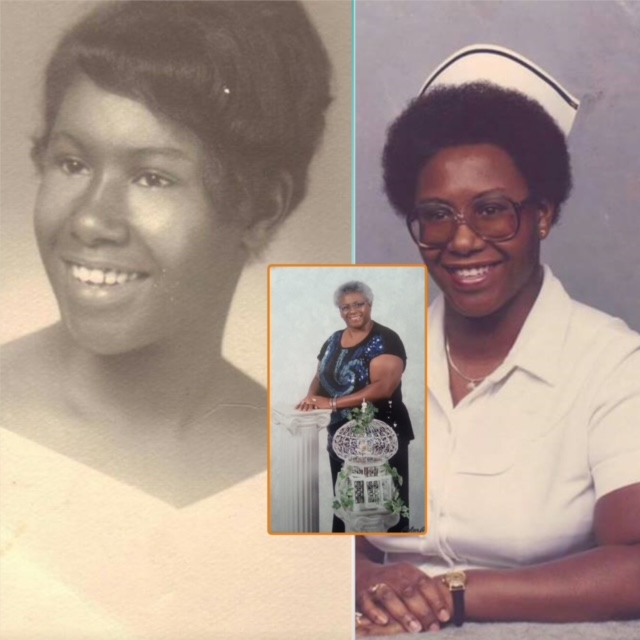 Phyllis Christine Foster Gardner was born to Clarence and Celeste Foster on April 29, 1953. She is third of six children and the oldest daughter. She was a sickly and was diagnosed with a heart murmur as a child. At age five, being inquisitive, she climbed into her mother’s mannequin box. The box was larger than her and when she tried to walk she knocked her feet out from under her. Never defeated, Phyllis tried again. She has worn glasses ever since. Another characteristic that developed during childhood was her heart for caregiving. Her mother became very ill when Phyllis was ten. She told us the memory of having to wave at her mom from the sidewalk because children were not allowed in hospitals. Being the oldest girl, the household duties became her responsibility. She watched over her younger siblings, cooked, managed household chores and kept up with her schoolwork. She balanced adult responsibilities exceptionally well for a child. During her early years, the Foster’s lived in Oakwood. Phyllis fondly recalled a shared neighborhood garden, a party line phone and the dresses her mother would sketch from department store windows and custom make for her. Her parents were working parents. Celeste was a dynamic 1st grade school teacher and Clarence worked long hours as a ship fitter for the Norfolk Naval Shipyard. After Phyllis, came Carey and Mary. So the family was officially a household of four children. Her oldest brother Clarence was playing football and matriculating through St. Paul’s University. Her next oldest brother, Vincent made his living in New York. Patrick was the oldest boy that lived in Oakwood with them. Norfolk was phasing out the Oakwood community and the Foster’s needed a bigger home. As the Lord would have it, Clarence, Sr. crossed paths with a white family who was selling their home in a nice neighborhood nearby called Greenhill Farms.  Not long after, The Lord provided and Clarence moved his family into a beautiful brick home on the corner of Philpotts Rd and Sedgefield Dr.  Having a knack for carpentry, he remodeled the upstairs to be two additional bedrooms and a loft area that the children (and eventually grandchildren) used as a library and play area. He seeded a home into the family. Presently, the Foster family has grown two generations and still regard Sedgefield Dr. as the family home.

Academically, Phyllis described herself as “daddy’s dumb child”. She says he used to bite off her erasers to make her think her answers through before she wrote them down.  Her determination paid off because Phyllis went on to do some great things in her academic journey. She attended Rosemont Jr. High School and learned to play piano from her maternal grandmother Christine Thomas. She graduated a “Mighty Pilot” from Norview Senior High School in 1970. At the time of graduation she was 17, President of the Future Nurses Club and already earned her LPN certification from Norfolk Technical and Vocational Center.   She took her first position as a LPN at Norfolk Community Hospital. Shortly thereafter, she started the Nursing program at Norfolk State University. She worked and went to school full time.  Somewhere “between classes” she caught the attention of Gerald Gardner. She recalls spending time on her Aunt Rosetta Riddick’s porch, who “coincidentally” lived directly across the street from Gerald’s parent’s home. Gerald and Phyllis had a short marriage but a lasting love and in 1974, Phyllis gave birth to Christina Celeste.

After working awhile, her father and paternal grandfather Lester Johnson convinced her to return to school. Norfolk State University did not yet have a Nursing Degree program, so she followed her mother’s legacy and attended Hampton Institute (now Hampton University) to complete her degree. Her grandfather passed away while she was taking her state boards. Never the less, she passed and graduated from Hampton with her Bachelor of Science in Nursing in 1980.  She has been a very proud Hampton Pirate ever since. In 1981, her maternal grandparents, Christine and Herman Thomas, sold her a corner lot in Titustown for $1. She designed and had her first home built on the corner of Willingham and Hughart Streets. It was completed in 1982.  The three bedroom brick home was perfect timing. During her time at Hampton, she bought a Green Chevrolet Camaro from Colonial Chevrolet. She left the dealership with a new car and the attention of a dashing car salesman, Vince Davis. Their son Patrick Odell was born in March of 1983. Patrick was named after Phyllis’ father, Clarence Odell, who ironically had a family nickname of “Pat”.

Phyllis was a professional Nurse for over forty years before retiring in 2012. She has worked at the following hospitals:

She has served as a Home Health Nurse at the following agencies:

She has served as RN in Quality Assurance at the following companies:

Phyllis is the true testimony of an overcomer. She has triumphed over so traumatic experiences in her lifetime. Her parents died on the same day in July of 1986. She took care of her maternal grandparents at home till their deaths. Her health issues alone are a true testament of God’s keeping power. She has endured multiple health issues. Phyllis has suffered 6 strokes and a broken back that required major surgery her neck and lower back, knee surgery twice and two carpal tunnel surgeries. In 2012, the Lord decided it was time to relax a bit. Phyllis was diagnosed with a degenerative neurological disease called Machado Joseph’s that led to her retirement. Since retirement, she has been on two cruises, developed a liking for “penny machines”, casinos, Cook-Out BBQ sandwiches and long drives. For the first time in a in a long while she was able to come to church regularly and became a regular attendee of Midweek Bible Study and Sunday Service. She could be seen up in the balcony every Sunday until her balance made it dangerous to climb the stairs. In 2016, she went to the ER with a bout of Pneumonia she could not seem to get rid of. It was the beginning of her final battle. During a surgery that removed most of her right lung, it was discovered that this pneumonia was actually Stage 4 Lung Cancer. She went through two rounds of Chemo and decided “this is the Lord’s battle” and went home on hospice. That was in 2017.  Virginia Oncology gave her 18 months to live. IT IS 2020!!!

She leaves to carry her legacy her daughter Christina, her son Patrick and a devoted “daughter-in-love”, Belinda. She has three grandchildren, Geramiah Xavier Gardner, Aubrey Tyron Bates, Jr. and Kaylah Adan Bates. She is survived by three brothers, Clarence O. Foster, Sr. (Betty Foster), Patrick A. Foster, Carey L. Foster, Sr., and her baby sister Mary F. White (Alfred D. White, Sr.). She is affectionately known as “Aunt Phyl” to nine nieces and nephews and just “Phyl” to host of family and friends.  She was strong. She endured. She was loved dearly and she will be greatly missed.