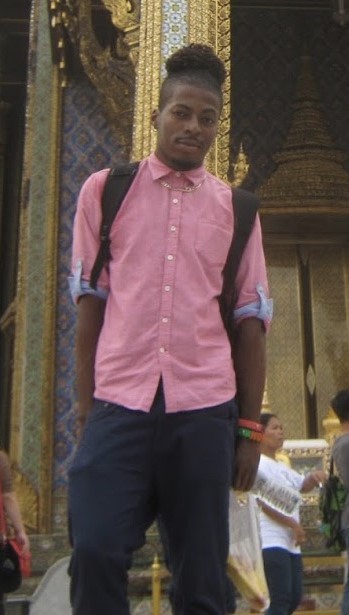 Philippe Miguel Gardner II was born on October 2, 1989 in San Diego, California to Philippe Gardner and Marcia Gardner (née Lipscomb). The fourth born following three older sisters, he was both the only son and “baby boy”. From a young age, Philippe II was curious, gregarious, and protective of friends and family. He loved learning, exploring, and indulging in his creative gifts. Philippe brought his robust curiosity and friendly spirit to every learning environment he entered, leaving his memorable imprint as a student at Hancock Elementary School (San Diego, CA), Blair Middle and Lake Taylor High School (Norfolk, VA) where he received his diploma. His outgoing personality soon led him to Virginia State University to study communications and broadcast journalism.

His warmth, openness, and unforgettable smile were infectious. Forever leading with authenticity, Philippe II boldly shared his genuine self with the world — cultivating an international network of friends built from middle school through adulthood. He was especially close to Max Pahl, Sam Hanson, and Michelle Tucker.

With a gift for gab, and as a maverick, Philippe II who explored a variety of career opportunities in identifying the right fit for his expansive skill set. He shined in roles that left an impression on those he served, including being a guide at The Chrysler Museum and curating digital marketing strategies for new artists signed to Red Music, a local music label – successfully growing their social media profiles and fan bases. He was also a remarkable assistant manager at Saint Germain restaurant, where he left each patron feeling as if they made a new friend thanks to the uniquely satisfying experiences he ensured.

Personally, Philippe II enjoyed anything related to the arts and food. He loved to cook and was especially savvy in Asian cuisine — bringing master chef level artistry to his sushi and dumplings. He loved music and was interested in learning to play the guitar and piano. This passion also drove Philippe II to consider returning to music as a professional career. It was apparent to anyone who saw him that Philippe II was fashion-forward — both in keeping up with the latest trends and creating his own style. His undeniable individuality shined through in each element of his self- expression, leaving others inspired.

He loved learning about different cultures and languages. During a trip to southeast Asia with one of his sisters, Philippe II visited Japan, South Korea, Thailand, and Vietnam. He comfortably tapped into the Japanese he studied in high school and utilized his quick ear for language to serve as their unofficial trip translator.

In December 2018, Philippe II was diagnosed with stage II cancer. The same tenacity and determination that served him in pursing his dreams and passions buoyed him through multiple rounds of chemotherapy, radiation, and surgery. In early 2020, upon learning that the cancer had metastasized and advanced to stage IV, Philippe’s faith and perseverance endured through additional rounds of immunotherapy. Throughout, he still maintained his warmth, affection, and smile.

Philippe II boldly fought his cancer until he could not fight anymore, passing away on the morning of Saturday, July 25, 2020, surrounded by loved ones. He was 30 years old.

He is already missed and will be remembered forever.