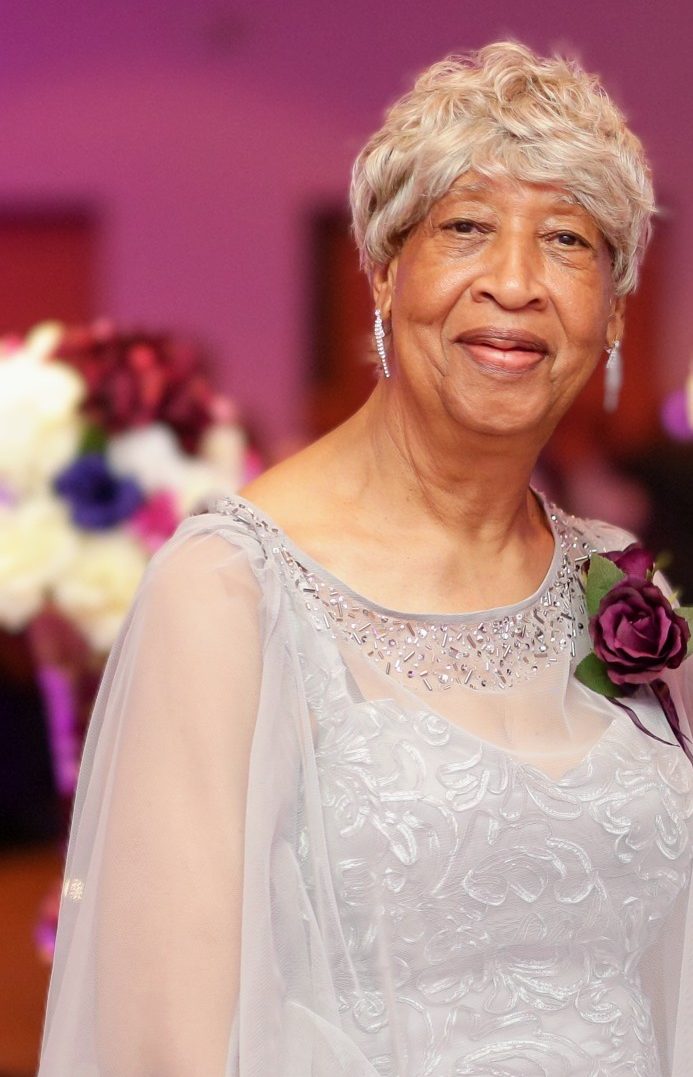 Pauline Elizabeth Themea was born in Woburn, Massachusetts on October 27, 1938, the seventh of 10 children born to the late William and Elizabeth Plunkett. She passed away unexpectedly on October 6, 2020 at the age of 81. Pauline was educated in the Woburn Public School system where she was a All American high school sprinter. After
leaving high school; Pauline worked at RCA, and was instrumental to the technical building of Apollo 7 and later working for the Cambridge Housing Authority She moved from Woburn to Cambridge, Massachusetts.

In her leisure Pauline enjoyed her Boston teams especially the New England Patriots Pauline had a passion for football whether Rec league, High School or College football. Football was your conversation all year long. Pauline was a long member of Union Baptist Church where she was a choir member with her seven sibling sisters After retiring from Cambridge Housing Authority she and her late husband Manuel moved to Norfolk Virginia to escape the harsh Massachusetts’ winters and to be close to grandchildren.