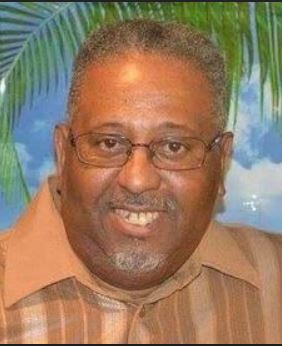 Paul Irving Jackson was born on March 28, 1955 to Eurethius Ewing and Constance Jackson in Boston, Massachusetts (both deceased). He was a graduate of Dorchester High School in Dorchester, MA. At the young age of 18, he married his beloved wife Euzilla “Laverne” Banks on February 21, 1974. From that day he began his legacy as a devoted husband and dedicated father.

He began his career and love for technology as an IT Field Specialist in Boston and progressed in his field after having moved to Virginia Beach, VA in 1990 working for Beverley Enterprises and Golden Living Center. Devoted he was: His wife never had to work for anything. She was free to work, but he always told people “My wife don’t have to work because I don’t need my wife to take care of me.” He took pride in providing for her and his family.

He also moved to Arkansas for 5 years from a work transfer but wanting to be closer to the families, he moved his family to Virginia Beach, VA. After working for Golden Living for 25 years, he retired from Canon in Chesapeake, VA upon his death. Some of Paul’s favorite things to do was anything basketball: playing, coaching, cheering for it and watching it on TV. HE LOVED THE CELTICS. (die-hard) As a matter of fact, you’d often see him proudly wearing a Celtics sweatshirt, jacket, or hat. He was also a fan of the New England Patriots.

In addition to his love of basketball, everybody loved hearing Paul sing. He was a proud member of the early formed group in Boston called the Marquees which was inspired by the super group: The Temptations! The Marquees were comprised of two of his cousins: Phil and Bobby and two childhood friends: Gregory and Doby.

Paul was truly involved in his grandkids attended all his grandson Kiam’s basketball and football games, and always watched basketball games together, go to the barbershop and often watched movies at the theater. He was always active and supportive with all his grandkids with the activities and milestone events like graduation, prom, birthdays and summertime fun!

He leaves to cherish his love and memory to his beautiful and faithful wife, Lavern, his children Dawan Jackson (Valerie), Dwayne Jackson (Tina) and Jamella Jackson all of Chesapeake, VA. LaBelle Jackson of Fayetteville, GA., and Paul Jackson Jr. (PJ) of Boston, MA. His 9 grandkids: Nairobi and Nala, Danasia, Damaya, Janiyah, Kiam, Dawana, Dre’a and Dawan Jr. all JACKSONS.

Paul had a sister, Sandra Jackson of Riverdale, GA. And Denise Ewing-Aikoriegie of Iowa. He also had a special cousin who was the brother he never had, Phil Godfrey. He also had and a host of nieces and nephews, in-laws, cousins, aunts and uncles, friends and co-workers who adored him.

He was a trooper in his illness because he never gave up – he pushed his way through the very end and even then, he kept his faith in God!