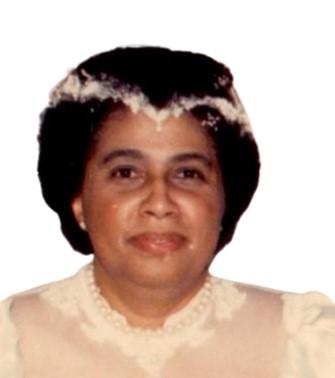 Patricia Wade Jefferson was born on January 14, 1946 in Martinsville, Virginia to Margaret Louise Hairston Wade and Winfred Wade. Her parents instilled a strong work ethic and a deep love for learning. Her commitment to education is evident in her matriculation in the Henry County Public Schools and earning a Bachelor of Science degree in Elementary Education at Averett University in Danville, Virginia. She later went to further her studies obtaining a M.S. degree in library science from the Catholic University in Washington, D.C.

After her graduate studies, she pursued her passion for education and uplifting people as an Elementary School librarian in her home city of Martinsville. Known for her kind smile and helpful nature, she sought to equip people with access to information and resources that would open people’s minds and, subsequently, changing their lives. Her passion led her to Chesapeake, Virginia where she worked for many years in the main library and Deep Creek branch. The work ethic and love for helping others culminated in her many years of service as the head librarian for the South Norfolk branch library. Her career in library science empowered generations of learners throughout the state. Patricia accepted Christ at an early age serving as a dedicated missionary and Y.P.D. director at Mt. Zion A.M.E. Church Martinsville, Virginia. After marrying the love of her life the Rev. Henry E. Jefferson she moving to Chesapeake, Virginia and Patricia served as president of the St. Mark A.M.E Church, Virginia Beach missionary society. She really enjoyed working on the Virginia Conference level for eight years as treasurer of the conference missionary society. Patricia enjoyed traveling to all of the A.M.E meetings and would rarely miss any events. She was a dedicated member of St. Paul A.M.E. Church in Portsmouth, Virginia. She enjoyed traveling, good food and Patricia was a proud member of Gamma Delta Omega chapter of Alpha Kappa Alpha sorority incorporated.

Previous Gerry U. Self
Next Richard LeGrand