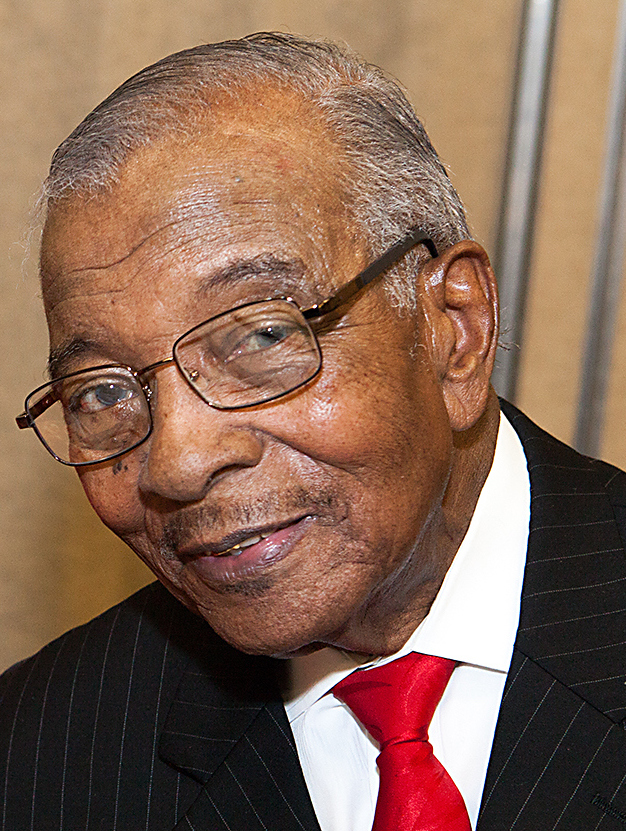 Rev. Dr. James B. Sharp was born on January 17, 1925 to Bennie and Emma Sharp. While growing up on a farm in Harrellsville, North Carolina. ‘Buddy B.,’ as he was affectionately called, attended Calvin S. Brown High School in Winton, North Carolina.

Becoming a Husband and Father:

He met the love of his life, Laura Goldie Althea Scott a few years after high school. They married at the Scott family home after she graduated in December of 1947. Their union produced three children, Retired Army Lieutenant Colonel Ronny Darnell Sharp, Jerome Alesandro Sharp and Angela Felicia Sharp.

Prior to heeding God’s call, he worked at the Norfolk Naval Base. When his uncle, Reverend Lamar Sharp retired from Olive Branch Baptist Church in Portsmouth, Virginia in 1963, the younger Rev. Sharp was elected as the Church’s sixth pastor in its history.

Under his leadership, two sons were licensed to preach the gospel: the Reverend Lester Potts in 1976 and the Reverend Franklin R. Williams in 1984 who was ordained in September of 1987. Three deacons were also ordained and nine trustees were certified during Pastor Sharp’s 37-1/2 year era. His work did not go unnoticed. As a Doctor of Divinity, an honorary degree was bestowed upon him by the Union Christian Bible Institute, Incorporated on June 14, 1987. Rev. Dr. Sharp was applauded for his work in the community and at his church. As one hymn says, his work spoke for him: renovation, bricking and enlargement of the church, including an Education Building erected in his honor in July of 1987; installation of an indoor baptismal pool; purchase of new furniture, organ, piano, modern office equipment, and business machines; also the Transportation Ministry was launched and a school bus was purchased. The Christian Education Committee was established. Church membership was divided into auxiliaries and committees that continue to support the work of the church body. Members began delving into God’s word during a monthly Bible Study. In May of 1988, they celebrated the laying of cornerstones. Through the years, Olive Branch Baptist Church has been a rock for those far and near, giving to Haitian Missions, providing local Thanksgiving donations and food baskets, as well as financial and spiritual assistance to its own church members and the community. The church united with other Christians under his leadership such as the kindred spirits in the Baptist General Convention, Rappahannock Sunday School and the Lott Carey Baptist Foreign Missions.

Rev. Dr. Sharp retired on December 31, 2000 after leading the congregation for 37 years and five months. Olive Branch granted him the honorary title of Pastor Emeritus.