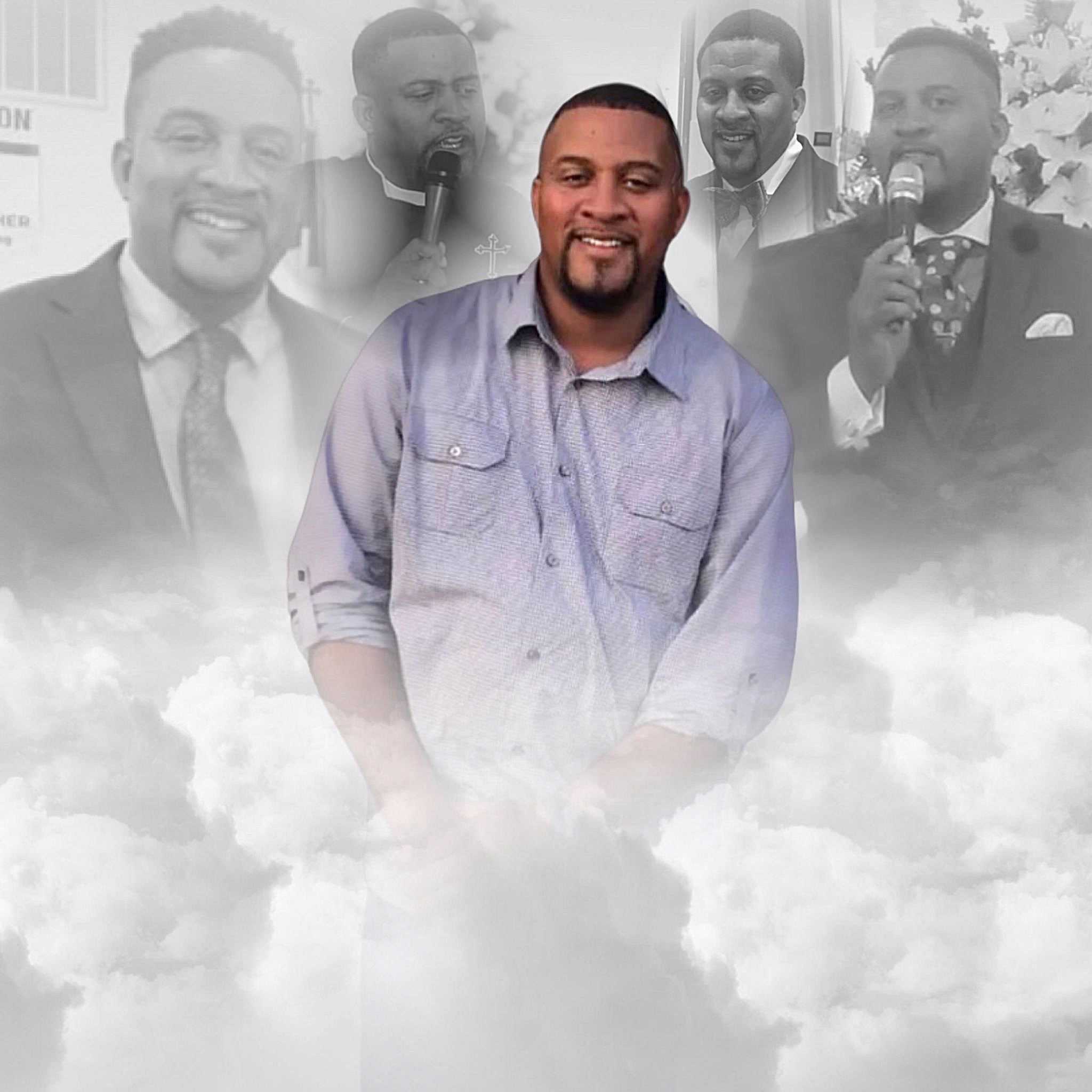 The Life and Legacy of Praise for Antwan L. Jones

A triumphant trumpet sounded on the early morning of September 15, 2022. Antwan L. Jones heard his name and rose to his celebration of eternal praise, where the Lord crowned his spiritual emeritus servant well done.

Affectionally known as Wayne, AJ, or Pastor AJ, his most prized title in life was being a Man of God.  Along with his twin brother, Antonio, Antwan was born on September 5, 1975, to loving, and, God-fearing parents: his beautiful Mother Connie L. Jones (Harrison) and loving, esteemed grandparents Eugene and Annie L. Jones.

He grew up in Zion Bethel United Church of Christ, Portsmouth VA, which was also the same church home of his great grandparents, The late Rev. & Mrs. Joseph Copeland, former pastor & First Lady of ZBUCC. Antwan was the spiritual son to many, never met a stranger, and he was mentored by other great men such as his dedicated and loving father, The late Gregory Thomas, Sr., The late Rev. Dr. D.A. Peace, Sr., and Bishop Courtney McBath (Calvary Revival Church). Before his spiritual promotion, he was the Pastor of Faith Fellowship Community Baptist Church, Portsmouth VA. He graduated with the 1993 I. C. Norcom High School Graduating Class (Go Greyhounds!) and briefly served in the United States Marine Corps.

Knowing the calling and parallels that would become present within his life, The Lord saw fit to divide one life into two souls and blessed Antwan with someone who would protect, aide, be his supporter, confidant, ace, and best friend, his twin brother Antonio L. Jones (Monica). Inseparable from birth, they share a bond of love and brotherhood that has stood the test of time in this life until they reunite together on that distant shore of eternal love.

It is a sacred blessing and honor from God to be blessed with a beautiful, loving, supporting, and dedicated Queen. One who is attentive and understanding of the role of a Pastor and Man of God. Proverbs 31 in flesh, a custom-made blessing, just for Antwan and he recognized his blessing and married the love of his life, partner, and queen of his heart, Alina Saunders Jones. Together they raised six beautiful children: Jasmyn, Jordyn, Jeremiah, Christopher, Makayla, and Charisma.

Antwan’s legacy of life continued with the undying love, bond, and support of his younger brother Gregory “Bootsie” Thomas Jr. (Nordanne), Uncle-Brother Carlton “PeeWee” Jones (Dorothy) who was indeed a big brother to him, and beloved uncle Calvin Jones who traveled across the city shouting and praising God with his nephew, his only sister, Sandra Elliott (whom he affectionately called Lil’ Sis) and a host of uncles, aunts, nieces, nephews, and cousins whom he loved dearly.