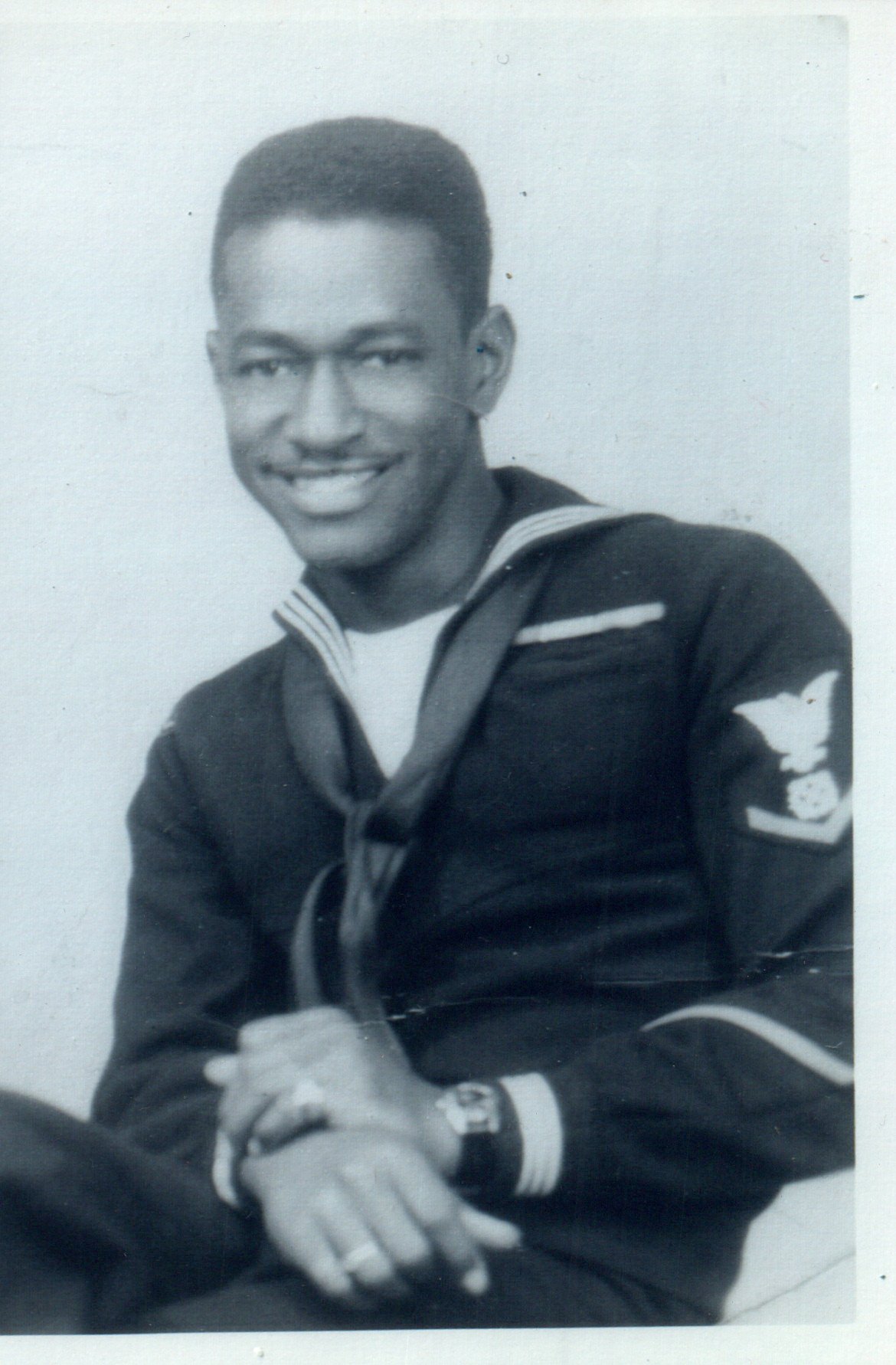 Nathaniel was born December 2, 1932 to the union of James and Ella Mae Jones in Cincinnati, Ohio. He departed this earthly life on Monday, September 27, 2021 after a long illness. He Transitioned quietly at his home in Moyock, North Carolina.

Nate Grew up in Cincinnati Ohio where he attended school. He was passionate about playing the trumpet in the school band. Every week he and his close friends, Top and Hunter, would practice at his home. Nate developed a desire to explore more of the world outside Cincinnati. He joined the US Navy, where he served with honor for 20 years. He traveled the world Japan, Hong Kong, Spain, China and even here in the states, California, Hawaii, Canada just to name a few; he went on to serve in the Vietnam War and Korean War. He became a Boatswain’s Mate First Class Petty Officer. He decided later to return to school and complete his education and received a GED. Nate became employed with the US Postal Service where he also retired. Nate professed a belief in Christ and was baptized under the pastorate of the late Pastor John H. Flynn of the Greater New Hope Missionary Baptist Church. In 1976 he married the love of his life, Addie (Monique). Together they raised four sons Kenneth, Anthony, Damion, Zion and two daughters Shantel and Journi.

Nate was a good husband, father, son, brother, uncle, cousin and friend. He was quite articulate in speech, meticulous in dress, humorous and very much a gentleman. He loved music from the 50’s & 60’s two of his favorite singers were Nat King Cole and Lou Rawls. He was a skilled chess player and a dynamic pool player. He challenged anyone he came in contact with that even thought they could beat him in a game, and he always played many games at home with his sons. He would love to take on some of the best family and friends in a hand of Bid Whist especially during family reunions and home gatherings, whenever he would be still long enough. He always believed in keeping his body fit and waistline trimmed. One of his favorite sayings was “I eat to live not live to eat.” He exercised for many years until his health failed. He had a loving generous spirit to all of his family and friends.