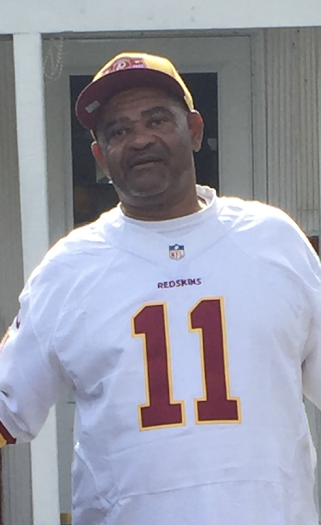 Nathaniel F. Williams passed away July 11, 2021 in Newport News, VA. He was born July 13, 1959 in Norfolk, VA to the late Adell R. Williams and James Valentine. He was preceded in death by his son, Alphonso Clements; aunt, Bessie Forman and uncle, Daniel Forman who raised him.

Nathaniel was a graduate of Indian River High School class of 78. After school, he worked for the City of Chesapeake for 13 years and then went on to work 30 years for VDOT from which he retired.

He attended the New Generation Worship Center, where he supported the Men’s Ministry. During his stay with his sisters, he attended Sacred Souls United Church of Christ. He worked so faithfully in the church he was made an honorary member.

Nathaniel was well known for his love of baseball. He joined the Pirates Baseball Team for a few years. Then joined the LA LongShoreman Hall Baseball Team, which was coached by Blackie (The Head Coach). When Nate dog # 15 came to bat, he was known to make a HOME RUN!!!!!.  He had a true love for this sport. He currently holds the record for most home runs in a single season at Northside Park. The record is with the 50 and over League.

He was a DIE HARD fan of the Washington Redskins!!! But his favorite times were often spent watching his son Nathaniel play ball (Basketball, Baseball, and Football).

In 2009, he became ill and was no longer able to play ball. He always wanted to come back to his passion of playing baseball.