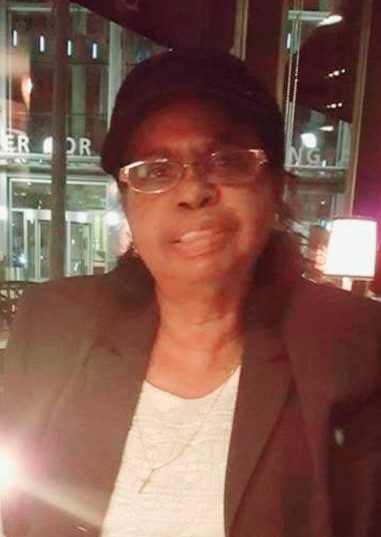 Born March 24, 1941, in Rock Hill, SC, to the late Andrew and Uarriah Ward, she was united in marriage to the late Matthew R. Johnson.  From that Union, they were blessed with their beautiful, one and only daughter, Monica.  She was also predeceased by her youngest brother,  Alfred Ward, Sr.

At the age of three, Myrtle relocated to Norfolk, Virginia, attended Norfolk Public Schools and in 1958, became a graduate of  Booker T. Washington High School.  She received her Bachelor’s Degree in Education from Norfolk Division of Virginia State College, now known as Norfolk State University.  At the age of 21, she became an educator in Norfolk Public School System. During her career, she taught Second-Fifth Grade at Diggs Parks, Crossroads, James Monroe, and Popular Halls Elementary Schools.  After 36 years of teaching Elementary School, her passion for education continued to impact students as she transitioned to teach General Education Diploma Preparatory Classes at Norfolk Public Schools Adult Learning Center, where she remained for 14 years.  She entered full retirement after 50 years of dedicated service within Norfolk Public School System, and began to focus on time with her grandchildren and great grandchildren.

Myrtle’s heart for community service was evident in the many organizations she volunteered.  She was a dedicated Charter Member for the Virginia Beach Chapter of  Les GEMMS, Inc, where she served as Secretary for several years.  She was also a member and Recording Secretary of the Booker T. Washington High School Reunion Class of 1958.  Additionally, Myrtle was a member of The Concerned Citizens of Booker T. Washington High School, who prided themselves with continuing the rich legacy of their school.

Myrtle was a faithful, lifelong member of Metropolitan AMEZ Church, where she served in the Women’s Fellowship.  Myrtle loved shopping, wearing stylish ensembles, finding the best deals and was never seen without a gorgeous hat. She was indeed a “woman of fashion.”    Her daughter, Monica, was truly the “Apple of her Eye”.  She spent countless hours reading, teaching, playing, and spoiling her grandchildren and great grandchildren.  She appreciated her son in-law, Terrance “T, who assisted Monica with caring for Myrtle during her illness.