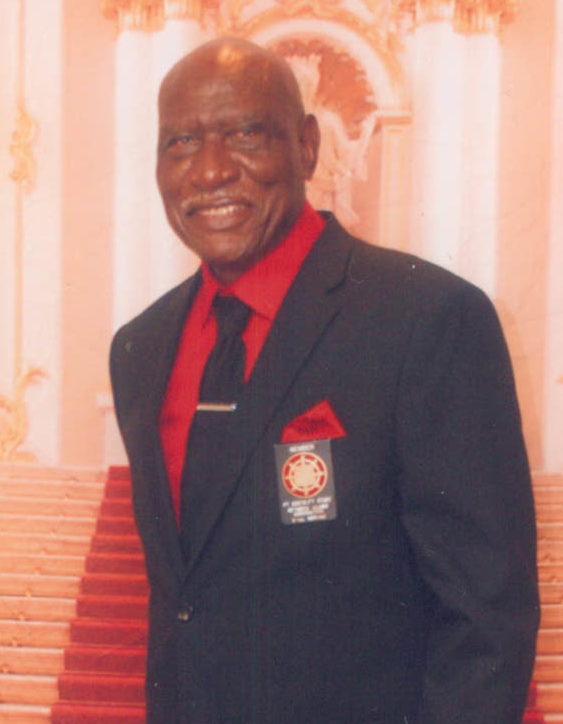 The life of Moses Wheatley embraces that of a great, wise and wonderful man.  Moses was born on August 9, 1934, in Winnsboro, Louisiana to the late Jefferson Davis Wheatley and Bernice Robinson.  He was brought up to be “respectful, hardworking, friendly, and strong” – weakness and laziness were not permitted in the no-nonsense world of Moses youth.  As a young man he was an excellent athlete, who at 6 feet 4 inches excelled at basketball and football.  He attended Franklin Parrish Training School in Winnsboro, LA where he was the star of the High School basketball team.  After graduating from High School, he attended Grambling State College for one year before enlisting in the US Army.  Moses loved the Lord and was a faithful member of Garden of Prayer #3 COGIC.

Moses was a retired Army veteran, who had done multiple tours of duty in Vietnam and Europe.  He rose to the rank of Master Sergeant in the US Army.  He served 25 years in the US Army before retiring on June 30, 1979.  He then went to work for the Norfolk Naval Base Supply Center as a Stevedore Supervisor.  He retired from the Norfolk Naval Base in 2000.  Retirement was not a real word for Moses.  In fact, during his spare time he refereed for over 50 years with various organizations such as SEFOA – Southeastern Football Officials Association, TSOA – Tidewater Sports Officials Association, and EOA – Eastern Officials Association until his retirement in 2018, due to his declining health.  Anyone who officiated with him would say he was one of the most well liked officials.  He was well respected by the coaches, players but most important his fellow officials.  As was said many times, Moses was one of the good guys.

Moses was also a Master Mason affiliated with the Most Worshipful Prince Hall Grand Lodge of Virginia, Free & Accepted Masons, Inc. organization.  He was a faithful member of Progressive Lodge #80 in Norfolk, VA for 47 years where he was initiated, passed and raised on June 15, 1973.  He served as Worshipful Master of the Lodge from 1982 to 1983 and thereafter, served as a Past Master.  He provided loving support, bestowed knowledge, wisdom and understanding to his fellow brethren’s.

As a proud, loving and diligent husband and father, Moses believed in the importance of marriage and family.  So much so he was married twice.  His first marriage was to Mildred V. Saunders, during their union they had three loving children: Kevin Sr., Jeffrey, and Wanda.  Prior to his marriage to Mildred he fathered two beautiful children: Moses Jr., and Carolyn both deceased.  Much later in life he was blessed to have his youngest child: Rynita.

Moses first wife Mildred passed in 1988.  His second wife Gussie also passed in 2013.  Moses was a family man.  He enjoyed being married to both his wives and accepted all his stepchildren as his own.  Moses leaves behind a multitude of grandchildren, great-grandchildren, and great-great grandchildren, all of whom he loved very much.

Moses loved all sports, but football was his favorite.  Anyone who knew him knew he was an avid “Dallas Cowboys fan,” so much so, that one would think that he was invested in the team financially.  He also loved to eat, and a good meal was something he looked forward to especially with family and friends during the holidays and at the family cookouts and reunions.  He really enjoyed outdoor activities like gardening, fishing and crabbing.  He was the fish fry master.  It was not a cookout without Moses delicious fried fish.

As a whole, Moses was an extraordinary man, a man whose wisdom, knowledge, experiences and accomplishments put him in a very rare category – he was a king amongst men – whose humility, dignity, and class would not allow him to boast about himself.  After a long and eventful life, Moses breathed his last breath and peacefully passed away on Tuesday, December 29, 2020, at Sentara Leigh Hospital.  This world has truly lost a giant.

Those wishing to send condolences may do so at Metropolitan Funeral Home – 7246 Granby Street, Norfolk, VA 23505