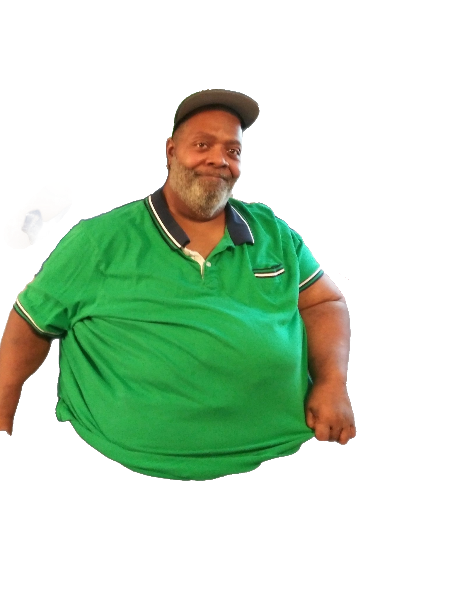 Michael Eugene Elliott, 61, affectionally known as “Big Mike”, transitioned from earth to eternal life on June 25, 2020. Michael was the fourth child born to the late Robert and Mildred Elliott on August 22, 1958 in Portsmouth, Virginia. He was educated in the Portsmouth Public School system and played football for I.C. Norcom High School,

before graduating from Woodrow Wilson High School in 1979. Michael was a member of First Baptist Elm Ave under the direction of the late Rev. Gregory Thomas, where he served and sang in the choir. Michael was employed at Norfolk Community Hospital for many years in the dietary department. He also worked many other jobs until he was injured and his health started to decline.

Michael loved sports, he would talk about sports from sunup to sundown. If someone started a conversation about football, he would be in it for the long haul. Michael was a lifetime Chicago Bears fan, he would wear his Chicago Bears hats every day. He was also a lifetime LA Lakers fan. Beyond his love of sports, Michael truly loved people. He never met an enemy and made friends with everyone. He had a heart of gold and stole the heart of everyone he met, mainly because he was sure to make the encounter memorable. Michael would help anyone who was in need and he was quick to put a smile on your face.  Mike was a true and faithful friend to many. He loved his family and friends unconditionally.

Michael leaves to cherish his memories and celebrate his life siblings; Phyllis Elliott-Hill (Daniel), Robert Elliott Jr. (Irma), Clarence Elliott (Linda), and Linwood Parker; 4 nieces, 3 nephews, 3 godsons, 2 grandchildren and 4 special cousins: Carlton, Walter, Derita, and Lexus. A lifelong friend Charlie Gibbs and son-in-law, Darrell Lynch. While Michael had no biological children he was called Dad by many. He will truly be missed by Renada Godfrey, Crystal Green, David Godfrey, Daisha Radcliffe, and Jacoby Radcliffe. He also had a special bond with his great niece, London Hill, who he loved and adored