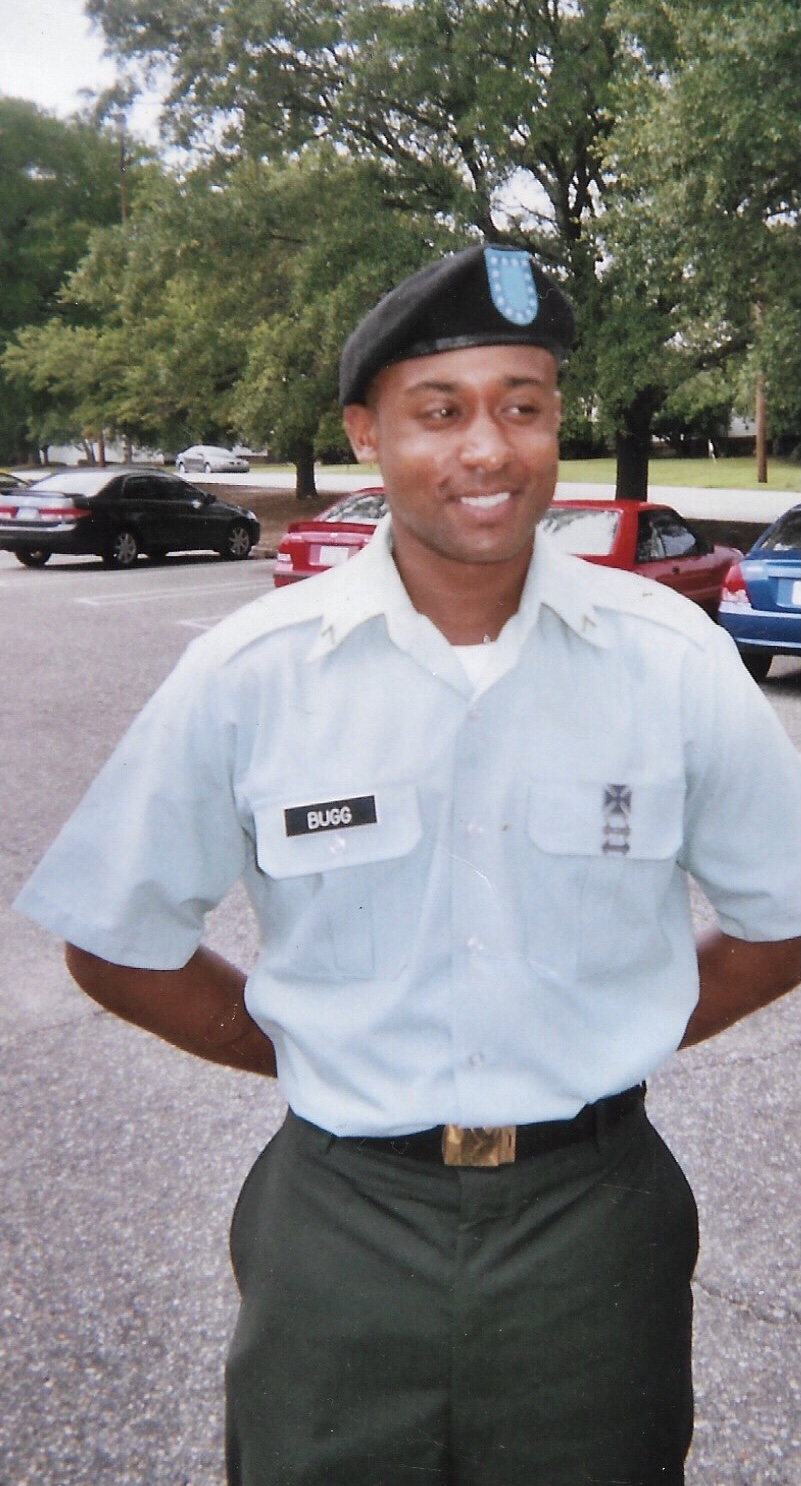 Melvin “Mayne” Thomas Bugg Jr., was born on August 8, 1980, in South Hill, VA, and entered into eternal rest on Tuesday, November 3, 2020, in Atlanta, GA. He was the oldest of two children born to Melvin Bugg Sr., and Joyce Clary.

Inspired by his Uncle Ferald Clary and Aunt Lillian Honeywood, Melvin enlisted in the United States Army in 2005. He believed his purpose in life was to defend and protect. He was deployed to Iraq in 2007 as part of Operation Iraqi Freedom where he received numerous medals and ribbons.

Following his return home from service in 2010, he gave his life to the Lord and was baptized at Mighty Love Ministry. Melvin enjoyed weightlifting, armed security, comic books, landscaping, joking, pranks, and looking in the mirror. His personality would light up the room and he was delighted in helping others.

To cherish his memories he leaves his mother, Joyce Clary, and his only sister Shaneka Clary; loving aunts, uncles, and cousins that hold him dearly in their hearts; and a host of other relatives and friends.