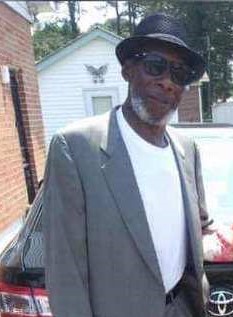 It is with great sadness that we announce the passing of our brother, uncle, and friend to all that knew him. He left us on April 28, 2020 . He fought a good fight battling cancer. He was a veteran of the United States Army, and he was a big fan of the Pittsburgh Steelers. He also resided in Pittsburgh, PA for several years. He was the son of the late Noah Carlton and Gladys Mann. He was preceded in death by his sister, Bonita V. Mann and brother, Daniel Saunders.

A special thanks to his sister Amy Mann and brother Roger Mann for all the hard work that they did for their brother, taking him back and forward to the VA hospital, to doctor’s visits. Amy thank you for being a good caregiver for him.
We would like to give a special thanks to all the chemo staff at the VA hospital for all the hard work and care they gave our brother God bless you ALL.