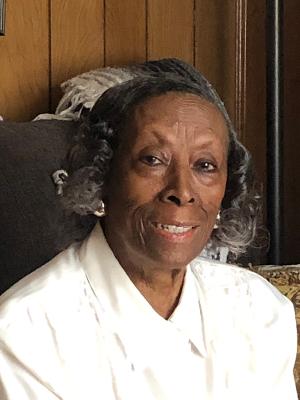 Mattie Virginia Blanchard Poole was born to the late Bessie Littlejohn and William E. (Ed) Blanchard, in the Hattonsville section of Portsmouth, VA. She was guided by her parents and other family members along the pathway to Christianity and gaining an education. She was the eldest of three girls. Her sisters, Mamie Elizabeth Blanchard Pierce and Willie Mae Blanchard Brown shared great adventures and enjoyed each other’s company. After graduating from Key Road Elementary (Norfolk County) at age 11, she went on to I.C. Norcom High School (Portsmouth) and graduated at age 15. She graduated from Virginia State University (then Virginia State College) with a Bachelors of Arts degree at the age of 19. An avid lover of writing, literature and the arts, Mattie, continued her graduate education at Columbia University in NYC (Masters of Arts), and later studied at Norfolk State University and Old Dominion University.

Mattie’s first teaching job was at Northampton County High School (on the Virginia side of the Eastern Shore) where she taught English, French, and Social Studies. She then returned to her alma mater, I.C. Norcom High School, to teach English, International Relations, and American Government. Her last teaching foray was at Churchland High School teaching English and Composition. She retired from the Portsmouth Public School system in June, 1986.

Mattie was married to the late Nealy A. Poole of Nassawadox, VA for 41 years. They were married at Olive Branch Baptist Church and later had two children, Lynda and Kenneth. For a short time after they married, they lived with Mattie’s parents on Trotter Street in Hattonsville.