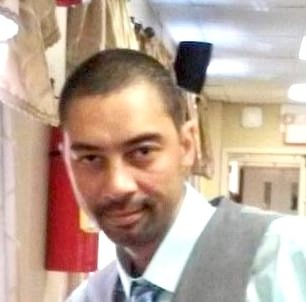 Marco Christian Valencia, of Virginia Beach, Virginia, passed away on December 24, 2021 after extended illness at just 47 years of age.

Marco was born in 1974 in Norfolk, Virginia and grew up in Virginia Beach.  In his youth he was a talented athlete and avid soccer player. As an adult, he loved to snowboard. Marco loved the show Seinfeld and probably saw each episode a million times, which is why he always won when we played Seinfeld trivia.  It was him alone on one team against many of us on another.  He loved the quiet and calmness of fishing and always said it was the most peaceful time for him. Although he liked to cook, pizza was his go-to food.  He loved being with family and was a loyal friend. He sustained many treasured friendships throughout his life.

He was an avid Civil War and World War II historian, with a particular passion for aviation history.   He loved to laugh and never lost his sense of childlike wonder, especially during Christmas. Christmas was his favorite holiday and he was always eager to put up the decorations but not to take them down. He liked to proclaim himself the jolliest elf and was delighted to watch all the classic holiday movies.

Marco served as a volunteer with Alcoholics Anonymous and valued the time he spent facilitating group sessions in the last two years of his life.

nieces, nephews and a host of cousins and close friends.

In lieu of flowers, donations can be made in his honor to the Wounded Warriors Project in honor of his father Allen Valencia, who was a POW in the Korean War.