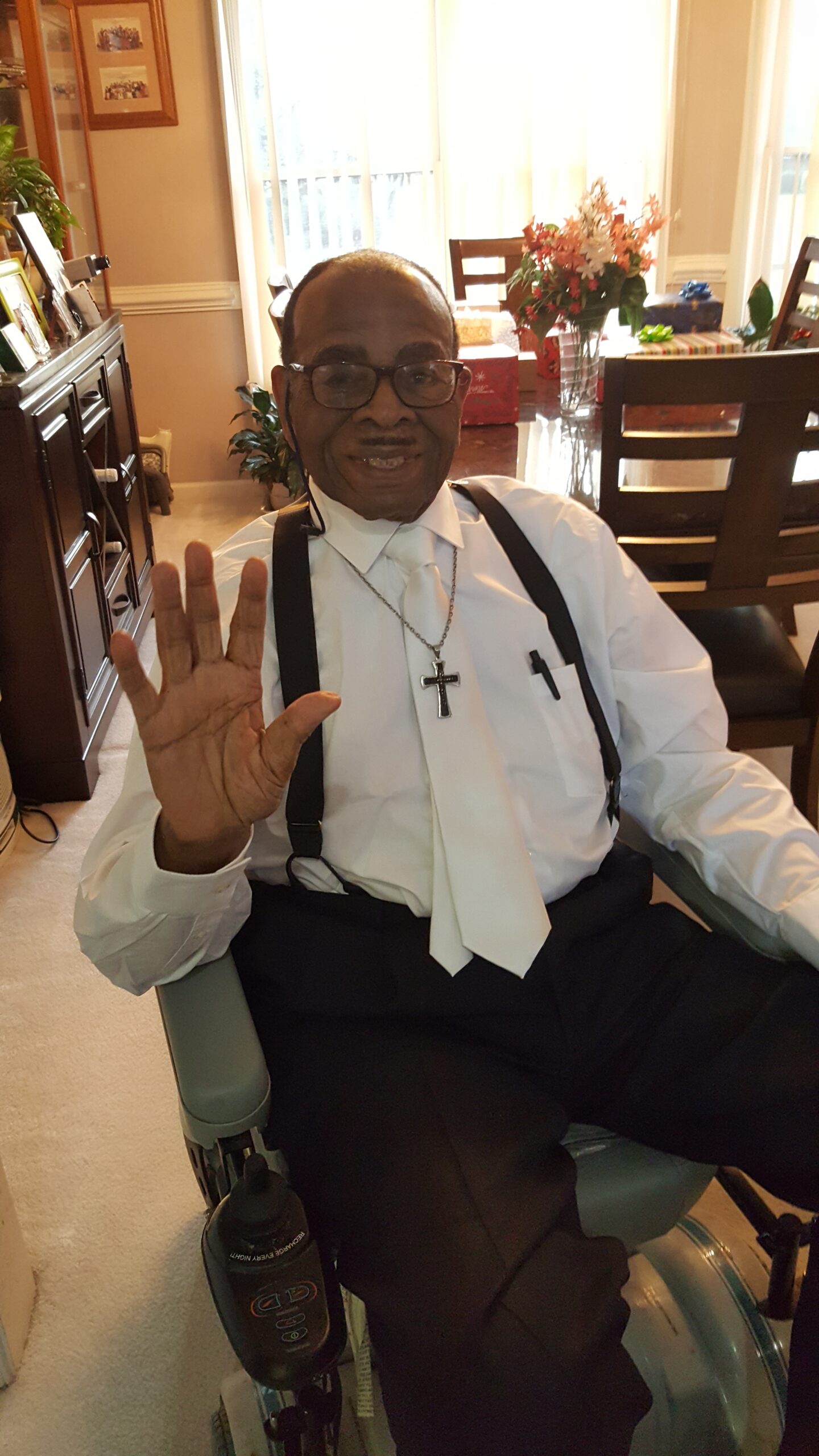 Major Franklin Riddick, Sr. began his life’s journey on April 5th 1926 along with his twin brother Miles Thomas Riddick. His parents were the late Ida Young Riddick and Walter A. Riddick Sr.  He was educated in the Norfolk Public School system and graduated from Booker T. Washington High School.

Major was baptized at the age of 12 at Mount Lebanon Baptist Church in Norfolk, Va. He was a dedicated member for many years. He held the position of Assistant Superintendent of Sunday School for 40 years. Major was also a Trustee at the church for many years and upon his departure from Mount Lebanon, was named Trustee Emeritus. In 2017, Major became a member of Bethany Baptist Church in Chesapeake, Virginia where he was an active member until his health began to fail.

After High School, Major joined the Military (Army) for 3 years. Upon leaving the Military he was employed by the United States Postal Service as a Data Technician. He also held the positions of Mail Carrier, Distribution Clerk and Classification and Inquiry Clerk. In September of 1972, after 25 years of service at the Post Office, Major went back into active duty in the Military. He worked in the office of the Secretary of Defense as a Military Liaison at the Veterans Administration Center in Winston-Salem, North Carolina. Following that position he was sent to Germany where he worked as an In-service Recruiter for 10 years. He was very proud of his military service and inspired many Veterans to become Reservist. Major retired from the military as a Master Sergeant in the Office of The Secretary of Defense in June of 1986. At that time he began working full-time at one of the businesses that he founded, Professional Business Service, Inc. (This was a business that he had operated part-time during his employment with the Postal Service). His role at this business was financial advisor to medium net worth individuals and small companies focusing on tax accounting and planning, business planning, feasibility studies, funds auditing and management. He continued working in this business as recently as last year.

In addition, Major had 23 dental hygienist under a government contract that serviced all Military Installations in the Hampton Roads area. In 1993, Major established MBC, Inc a non-profit organization and received a grant that serviced the at-risk and HIV/AIDS population.

Major was the Coordinator for Case Managers and Outreach workers for the Ryan White Care Act, Title 1 Grant which included securing housing for homeless clients.

Major has served as President of the Family Life Center for Social Change, Inc. which targeted youth and families in low-income areas and public housing as well as the homeless. They provided a variety of programs to help the total family.

Major was a board member of the NCP community development Federal Credit Union serving as Treasurer as well as a member of the Hampton Roads Committee of 200+ Men. He was also very active in the Booker T. Washington High School Alumni Association, planning programs and other activities

Major was a proud member of the Freemasons, Rising Sun Lodge Number 2. He was the oldest member of the lodge and was presented a special award for 50 plus years of service. Plans had been made to bestow the honor of lifetime member to him but prior to the actual date of the presentation, God called Major home.

Major holds a variety of certifications in the areas of Accounting, Computer Concepts and Nursing Home Administration, among others. Education was very important to him. He attended several institutions of learning such as:

Major was a wonderful family man and a surrogate father to many. He stressed the importance of education and being all that you could be. He was well loved and respected by the Business and Professional community as well as his church and family.

Major loved them all!