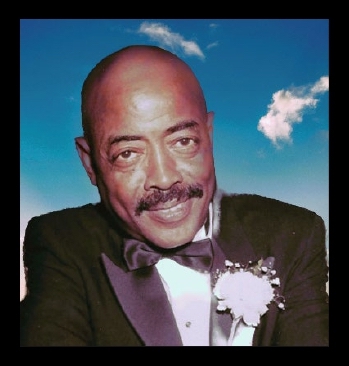 Louis Cardozo (affectionately known as Dubby by friends and relatives) a treasured and loving husband, father, brother, uncle, cousin, colleague, and friend, peacefully exchanged labor for the reward of eternal rest on Wednesday, September 14, 2022 at the age of ninety (90). Louis was the youngest child born March 25, 1932 to the late Louis and the late Vivian Cardozo in Jamaica, New York.

Louis Cardozo married R. Paulette Walden of Jamaica, New York on September 27, 1986. After living in New York three (3) years, Louis and Paulette moved to Chesapeake, Virginia on June 11, 1989 where they currently resided when he slipped away.

Throughout his twenty-three (23) year career, Louis served as a first responder and firefighter in Jamaica, New York and Brooklyn, New York with ladder company 234 where he and his fellow firefighter brothers, responded, rescued, and protected citizens without fear or favor.

As a member of the Vulcan Society, Louis Cardozo and other Black firefighters from its founding year, 1940, played an active role both within the fire department and in the community. During its early years, the Vulcan Society conducted fire prevention programs in the Harlem area where this service was most needed. The fire prevention program was staffed by off-duty members as a tangible means of repaying the community for its unwavering support. In 1946, the Vulcan Society instituted recruiting campaigns as the first organized attempt to bring minorities into the fire department. Among other early activities, the Vulcan Society presented a substantial financial contribution to Fire Commissioner Quayle in June 1946 to purchase laboratory equipment for the new Fire Department Medical Clinic. Service to the citizenry was paramount.

Louis Cardozo loved sports especially football and baseball. Of course, the New York Giants was his favorite football team. To that end, he coached a youth football team, the Riffles, in Jamaica, New York. After arriving in Chesapeake Virginia, he became a season ticket holder for the Tides baseball team.

With a calm demeanor and a devoted spirit, he lived his faith and model his core values. In the model city program where young inner-city boys grew to become honorable and respectable family men of resilience, Louis taught employment and interview skills while projecting the life skills of responsibility and accountability.

After moving to Chesapeake Virginia in 1989, Louis continued his life of service. He became a Postal Letter Carrier serving the citizens in the Great Bridge and Western Branch areas of Chesapeake City.

Very often, Louis Cardozo assisted Paulette and other Lee’s Chapel AME church members by serving on the clean-up detail where he assisted the men in restoring the Curtis-Johnson Fellowship Hall to order after repasts and celebrations. Ultimately those firefighter skills never failed when he cautioned members regarding impending inclement weather.

Louis Cardozo valued friendships and adored chatting with all whom he met even in the decline of life.. He was blessed to live a full, rich, and purposeful life and retired to rest safely in the arms of Jesus Christ. Louis is predeceased by his sister, Mary Davis. He leaves to cherish his pleasant memory his wife Paulette; a son, Wesley Perry; a daughter, Theresa Crawford; a granddaughter, Quanisha Perry; two great grandsons; four (4) nephews, William Howard, Alexander Davis (Janet), Cameron Davis, David Simpson; two nieces, Leslie Davis and Diana Simpson, an extended family of cousins, and many dear colleagues and friends.