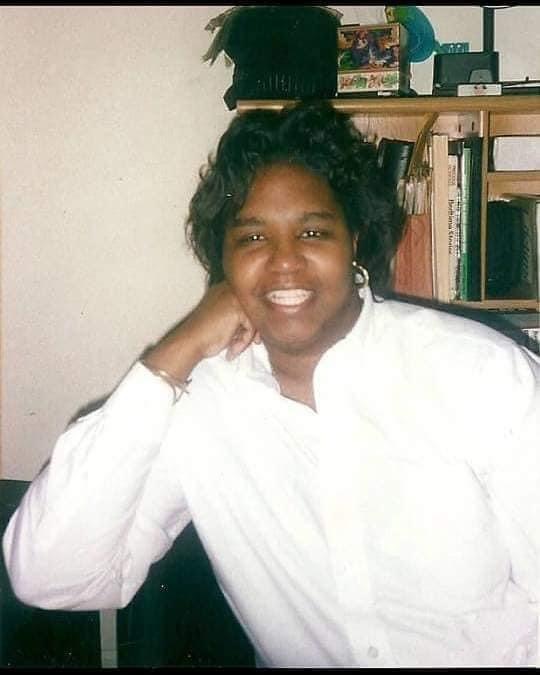 Sunrise: September 17, 1969
Sunset: November 6, 2022
Lori Lynn Jones was born in Norfolk from Ingleside area to the daughter of the late Margaret & Willie. She was a very active fun loving child who like walking to school on rainy days so that she could jump in the biggest puddle of water she could find.  At an early age, Lori gave her life to Christ and joined First Baptist Lamberts Point.  She attended Norfolk Public Schools where her love for people became apparent. As a proud graduate of Maury High School, Lori excelled in all of her academics. She enrolled in Old Dominion University where she received a degree in Management Information System.  After college, she join the work force at Baci Management Inc, Norfolk Naval Base and was later employed at Jackson Hewitt and H & R Block before leaving to pursue self employment in the tax preparation field.
In 1995, Lori gave birth to the apple of her eye Spencer Malik Jones which she nicked named him “Pumpkin Pooh”. Lori was affectionally called “Rosie” by her mom and was spoiled by all that loved her.  She took pride in her title of being an aunt.  She was the creator of family nick names which everyone disliked. She worked hard and protected her family until a life change reverted her to switch her focus.
Her death leaves her family members with a whole in their heart.  She leaves to celebrate her life a son Spencer Malik, a brother Donald B. Jones and a sister Gay A. Jones.  She also leaves 2 nieces, Ciara Jones,  Ashley L. (Jorge) Cortes,  4 nephews, Korre’ Bailey, Chase Jones, Colby Jones, and Tra’vis Jones.  She also welcomed a great nephew Montgomery and 2 great nieces Madison, Indira and a host of other relatives and friends.
On November 6th around 12:30pm she asked the Lord to safely guide her home, he smiled, sent his angels and answered her prayers! She knew her mother Margaret, her father Willie and her sister-in-law Hazel Marie  would be there ready to receive her with opened arms.
Viewing Monday, November 14, 2022 10:00 AM - 2:00 PM Metropolitan Funeral Service 7246 Granby Street Norfolk, VA 23505 Celebration of Life Monday, November 14, 2022 2:00 PM Metropolitan Funeral Service 7246 Granby Street Norfolk, Virginia