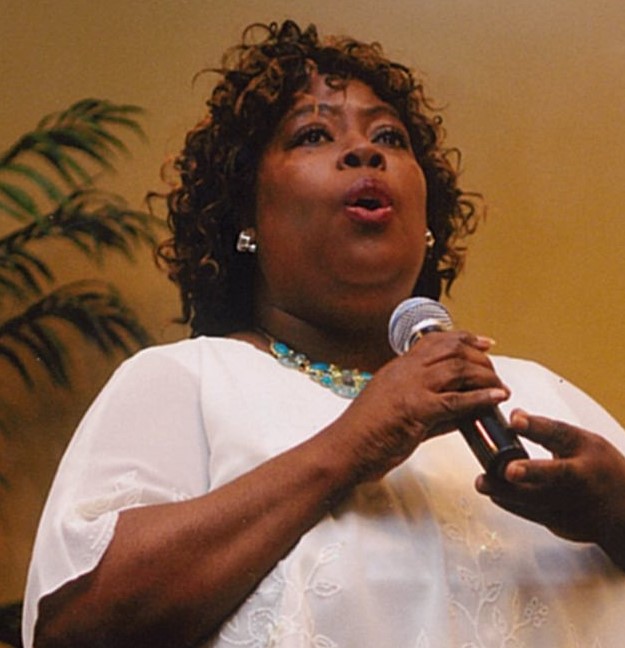 When you head of my home-going, don’t worry about me… I’m just another soldier on my way home.

Over beloved, Lesia Eason Cuffee, age 56 of Chesapeake, Virginia, departed from this early life on Monday, October 8, 2018 at the Chesapeake Regional Medical Center. Lesia as she was affectionately called, was born to the late Robert L. Eason, Sr. and Dorothy Marie Alexander Eason on December 26, 1961.

At an early age, Lesia joined Baptist Rock Full Gospel Church and was a lifetime member, devoted, supportive and loyal to the work od the Lord. Lesia as a servant to all people. She sang in the adult choir, served on the Building Fund Drive, President of the Hospitality Committee, powerful and anointed soloist in the Hampton Roads area and abroad. She received Women Empowering Our Community Award, and the Eason Family Scholarship Award. Lesia loved to cook and prepare meals for her family and her community. Lesia enjoyed praising the Lord and was a worshiper.

Lesia was a graduate of Deep Creek High in 1981 and attended the Chesapeake Technical Center where she received her certification in the nursing field as a nursing assistant. She was employed for over 32 years at Autumn Care great Bridge under the direction of Deloris Dickerson.

Lesia enjoyed helping other and was a good woman. Lesia believed in having good education and she empowered her family to press on and accomplish their goals in life.