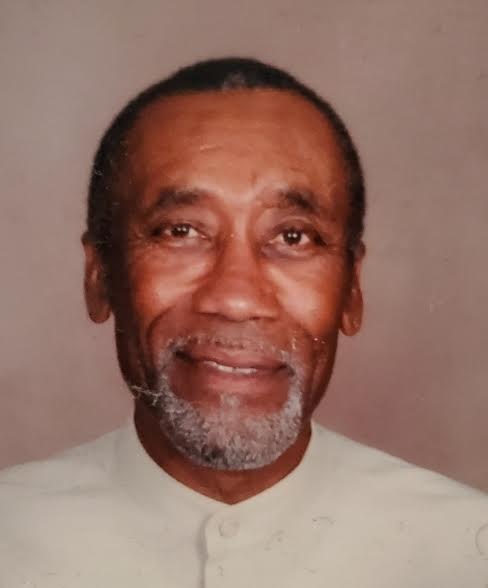 On Monday, June 13, 2022, Kennith “Kenny” Darryl Walker (also affectionally called KD, Walkman-1, and Pretty Kenny), suddenly and unexpectedly began his spiritual journey and transitioned to be with the Lord. He was a beloved son, brother, uncle, great uncle and great-great uncle. He was the fourth child born to Willie O. Walker, Sr. and the late Gloria Mae Benton Walker on August 10, 1959, in Portsmouth, VA.

Kenny loved the Lord and attended Third Baptist Church (TBC), Portsmouth, VA, the family home church, where he was introduced to Christ and his teachings at an early age. He enjoyed attending the 7:30 a.m. early morning worship service, first Sunday Men’s breakfast and Sunday School and receiving holy communion. He served his community by picking up food on the fourth Monday of each month from the TBC food bank for distribution in his community. His formal education began when he attended and graduated from Jay’s Kindergarten School, at St. John Baptist Church in June 1965; he proudly kept his graduation certificate for 57 years. Then, he attended schools within the Portsmouth Public School System to include Woodrow Wilson High School. In 1980, Kenny joined the United States Army. His Military Occupational Specialty (MOS) was Motor Transport and he took pride in driving the Heavy Expanded Mobility Tactical Truck (HEMTT). He was stationed at Fort Leonard Wood, Fort Leonard Wood, Missouri, Fort Dix, Trenton, New Jersey and USAG Bamberg Army Base, Bamberg, Germany. Prior to being separated with an honorable discharge as a disabled veteran, he received decorations, badges and citations for Marksman, M-16 Rifle Expert and hand grenade Army service ribbons. His professional passions, careers and jobs included working for the City of Portsmouth, co-owner of a janitorial service company with his brother Willie, Jr., grass cutting service for several clients, construction worker (helped build Chesapeake Square Mall), fire watch (NNSY), hotel bus-boy, refrigerator technician, warehouseman and handyman.

Family was his pride and joy. Kenny was the live-in primary caregiver for both of his parents Gloria and Willie Walker, Sr., and was initially assisted by his nephew Jerod Walker. After his mother Gloria transitioned to be with the Lord in January 2021, he became an exceptionally attentive caregiver for his father Willie, Sr. Kenny would pray with his father after assisting him into bed. They spent countless hours watching their favorite television shows particularly Westerns (to hear – “Ride’em Cowboy!), Let’s Make A Deal (to guess which curtain had the Big Deal of the Day), The Price is Right (to scream at the contestants for getting the price wrong), 12 o’clock news (to find out what’s happening), Jerry Springer (to hear Jer-ry, Jer-ry and for BIG laughs at stupid fights), Jerry Springer (two episodes back to back (LOL!)) and finally Maury (to hear – “You are not the Father!”). Kenny had a heartfelt affinity for his siblings, nieces and nephews. He was especially close to his 3 ½ years old great-great nephew Jamari Linde who affectionately called him Uncle Ken-neff. Jamari followed him around and tried fix everything just like his Uncle Ken-neff. Kenny was also very close to his great nephew Kenneth Yoakum. Kenny and Kenneth hung out in the garage regularly for several hours often after dark. Kenny relied on his great niece Breanna Yoakum whom he affectionately called “Kool” because she made sure all his tech equipment would run smoothly. Kenny was quick-witted and loved to laugh and joke. He had numerous “sayings” that he would drop on you when you least expected. His favorite, was “You done bumped yo head!” – meaning…You‘re kidding right? He was a friendly neighbor who always helped folks out and called to check on them. Calling folks on the telephone was his ministry just like it was for his late mother Gloria and is currently for his sister Evelyn.

Let’s not forget to mention he was a DIE-HARD DALLAS COWBOYS FAN!!! He proudly and often sported his Cowboys gear and unequivocally defended them against ANY and ALL rivals especially the Washington Commanders (formerly Washington Redskins) with sister Yvette and Cousin Brenda Benton. He enjoyed listening to music and you could find him at any given time in the garage with the music “cranked” and him feeling the groove by hollering and doing his special hopping dance. His favorite artists included Frankie Beverly and Maze, Earth Wind and Fire, The Isley Brothers, The Spinners, Michael Jackson and performers of smooth jazz. Playing Sunday “morn-tin” gospel was essential to starting the week. He also looked forward to setting up for the almost weekly family cookouts where he loved playing the card game Spades and would say he had “FII-VVE” books (of course bluffing and lying) and slapping bones (Dominoes) definitely WITHOUT a partner. He and his favorite “Bruh-in-law” Paul were often called upon to use their skills as “shade tree mechanics.” Many people didn’t know that Kenny cooked special dishes and he loved home fried potatoes. People would pay him to cook foods including salmon cakes, fried pork chops, fried fish and lemon cake. He sewed by hand and was paid to hem pants. When his nieces Theresa, Kristie and Valerie were toddlers, he and his brother Morris combed and plaited their hair. He would gently swat them with the afro-comb if they wouldn’t sit still; he didn’t want their parts to be crooked. Kenny was a “Mr. Fix-it” with lots of tools, was well versed in jury rigging/improvising on do-it-yourself projects and could create his own technique for solving problems. Kenny would say, “What y’all want now? Buy your own tools great nephew Jamal Walker! You better bring my tools back. You know I will come get ‘em.” Then, he would start laughing. Kenny loved to ride one of his bicycles around town which he felt was great exercise. He named his red bike “Ms. Huffy” because he loved “her” and treated her well to keep her in tip top shape for the road. He also enjoyed “fixing” bikes and giving them away to others. His sister Evelyn and niece Theresa Hancock were his chauffeurs when he needed to go shopping and it was too far for his bike “Miss Huffy.”

Kenny loved to travel and desired to do much more. As pre-teens, he and his brother Morris traveled to New York City many summers on the Greyhound bus to visit their oldest brother Willie, Jr. Kenny’s trip was always free because he was short for his age. In July 2018, he finally made it to Los Angeles, CA to visit his beloved Aunt Elsie Myrick (his dad’s sister) and family but was very nervous because he had not flown on an airplane in over 30 years. Because of this, he asked his niece Valerie Llanos to be his traveling companion – just in case he started to cry (LOL!) and she had to hold his hand. They were delayed in Las Vegas for many hours which worked out for him because he had never been to Las Vegas and it gave him an opportunity to pay the slots. He was fascinated by Vegas and had BIG fun but it didn’t replace his love of going to get his daily lottery tickets or playing his numbers at the corner store on his bike “Ms. Huffy.” He loved taking road trips to North Carolina with his long-time compadres Lee Miller and Antoine Williams. His traveling fun also included going to visit his sister Yvette in Accokeek, MD to attend neighborhood parties, Juneteenth celebrations and crab feasts. One of his most memorable trips was when his mother Gloria wanted to go on a road trip in an RV to Charlotte, NC  to visit his brother David. Kenny’s duffle bag was packed and waiting at the front door. Kenny remarked, “Get out of my way. I’ve never been in an RV. Y’all didn’t invite me but I’m going anyway!”