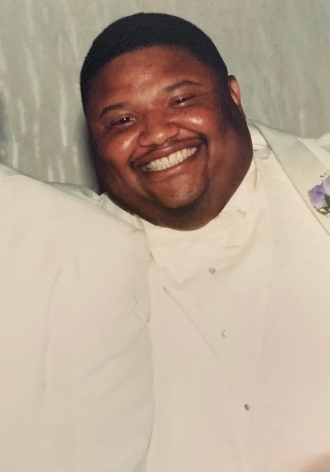 On October 1, 1963, the world was forever changed by the birth of Ken Carlos Kates in Danville, VA, to James and Carolyn Kates. The oldest of three siblings, Ken was an awesome son and big brother. He was affectionately called “Brah Brah” by his sisters.

In the hopes of a bright future, Ken’s parents moved with him to Bronx, New York.  He attended Bronx Public Schools from Elementary to Junior High. At the age of 16, Ken’s best friend tragically lost his life. With his grandmother’s health declining back in Danville, VA and now the loss of his friend, his parents felt it was best to move back home. Ken would matriculate through the Danville Public Schools, graduating from George Washington High School in 1982. During his younger years, Ken was a member of Bethel United Holiness Church. It was here where he accepted Christ as his personal Savior. Ken worked diligently in ministry, playing the drums.  Ken’s mother, Carolyn, made sure he was raised in a Godly home under the fear and ammunition of the Holy Spirit.

“Behold the Green and Gold!” Ken was a PROUD alumnus of Norfolk State University where he studied Business Administration. He loved telling us all about his college days with his beloved friends and their Norfolk State homecomings.

In 1989, Ken met the love of his life, Vickey Zachary. In 1990, the two of them would go on to make his greatest masterpiece, Antoine Boaz Kates. There is nothing we could write that would adequately convey the love and the bond he had with Antoine. That was his best friend and they did everything together. When Ken lost his leg and became confined to his home, it was Antoine who lived with him and provided care. Antoine was his faithful companion, even unto death. We love, honor and appreciate you, Antoine!

Ken retired from the City of Norfolk where he was a Water Treatment Operator. A natural mathematician, Ken took great pride in his job and enjoyed helping his community.

To know Ken was to know that he was LOVED by ALL! He was the smartest, wittiest, wisest, most gentle and loving man you have ever met. However, with all of the wonderful things that could be shared about him, you have to mention the fact that no one could have a conversation about ANYTHING that did not somehow lead him into talking about FOOD! He always wanted to know what you were making and how you were making it. If you needed help with a recipe, “Have no fear!”, “Big Los” was just a phone call away! He was always available to give a lending ear with sound advice. His baby sister, Kim, affectionately called him the ‘Ghetto Gandhi” and had even begun keeping a log of his funny quotes and wisdom.

Ken was a proud member of Prince Hall Masonic Lodge #87. Up until a week before his passing, Ken was a lifelong fan of the Dallas Cowboys. However, the last post on his Facebook page (10/19/20) said “I got one thing to say, The Cowboys Suck!” So, one can only surmise that Ken finally came to his senses and decided to ditch his lifelong patronage of the team! (Just jokes, Ken!)

As the family, we wish there was more space and time on the program that would allow us to celebrate the life of our dear son and brother. His oldest sister, Joy shares her favorite picture which shows him standing behind her as a baby while she was attempting to walk. She often says that was how he supported us his whole life, always having our backs while allowing us to pursue our dreams. Simply put, it would take YEARS to share the loving memories and funny stories of our dear Ken.

Ken departed this life peacefully on November 1, 2020. He is preceded in death by his father, James Kates. He is survived by: His two sons, Antoine Boaz, James Arthur, His mother, Carolyn Kates, His two sisters, Joy Pearson (Darin), Kimberly Kates-Bell (Greg) His nephews (Kentrez, Sean, and Gregory, Jr.) His nieces (Imani, Micaiah, and Adrienne) His lifelong friend, Vickey Kates and a host of Aunts, Uncles, Nieces, Nephews and friends he affectionately considered family.

Ken Carlos Kates, you have left us with many memories to treasure. As his close friend said “Los wasn’t one in a million, he was ONE OF A KIND. He was the best at everything- best father, best son, best brother, and best friend”.

You will live FOREVER IN OUR HEARTS!